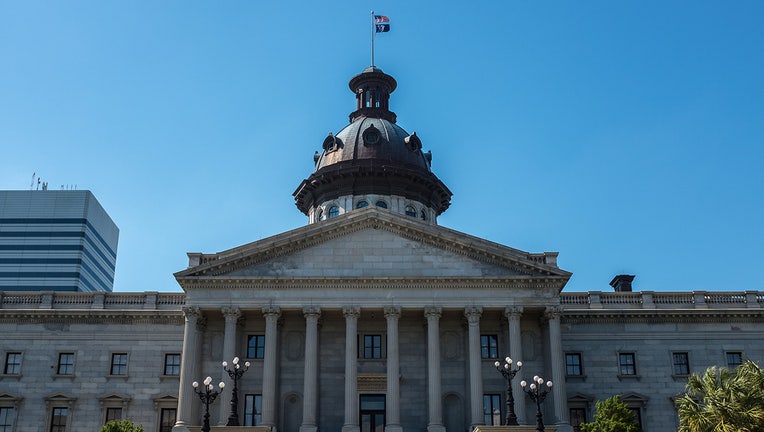 COLUMBIA, S.C. - South Carolina has given the green light to firing-squad executions, a method codified into state law last year after a decade-long pause in carrying out death sentences because of the state’s inability to procure lethal injection drugs.

The state Corrections Department said Friday that renovations have been completed on the death chamber in Columbia and that the agency had notified Attorney General Alan Wilson that it was able to carry out a firing-squad execution.

Lawmakers set about tweaking state law to get around the lethal injection drug situation. Legislation that went into effect in May made the electric chair the state’s primary means of execution while giving inmates the option of choosing death by firing squad or lethal injection, if those methods are available.

"The death penalty is going to stay the law here for a while," Harpootlian said. "If we’re going to have it, it ought to be humane."

According to officials, the death chamber now also includes a metal chair, with restraints, in the corner of the room in which inmates will sit if they choose execution by firing squad. That chair faces a wall with a rectangular opening, 15 feet away, through which the three shooters will fire their weapons.

State officials also have created protocols for carrying out the executions. The three shooters, all volunteers who are employees of the Corrections Department, will have rifles loaded with live ammunition, with their weapons trained on the inmate's heart.

A hood will be placed over the head of the inmate, who will be given the opportunity to make a last statement.

According to officials, Corrections spent $53,600 on the renovations.

South Carolina is one of eight states to still use the electric chair and one of four to allow a firing squad, according to the Washington-based nonprofit Death Penalty Information Center.

In June, the South Carolina Supreme Court blocked the planned executions of two inmates by electrocution, saying they cannot be put to death until they truly have the choice of a firing squad option set out in the state’s newly revised law.

The high court halted the scheduled executions of Brad Sigmon and Freddie Owens, writing that officials needed to put together a firing squad so that inmates could really choose between that or the electric chair. The state’s plans, the court wrote in an unanimous order, were on hold "due to the statutory right of inmates to elect the manner of their execution."

Now that a firing squad has been formed, the court will need to issue a new order for any execution to be carried out.

The executions were scheduled less than a month after the passage of the new law. Prisons officials had previously said they still couldn't obtain lethal injection drugs and have yet to put together a firing squad, leaving the 109-year-old electric chair as the only option.

Attorneys for the two men argued in legal filings that death by electrocution is cruel and unusual, saying the new law moves the state toward less humane execution methods. They have also said the men have the right to die by lethal injection — the method both of them chose — and that the state hasn’t exhausted all methods to procure lethal injection drugs.

Lawyers for the state have maintained that prisons officials are simply carrying out the law, and that the U.S. Supreme Court has never found electrocution to be unconstitutional.

South Carolina’s last execution took place in 2011, and its batch of lethal injection drugs expired two years later. There are 37 men on the state’s death row.