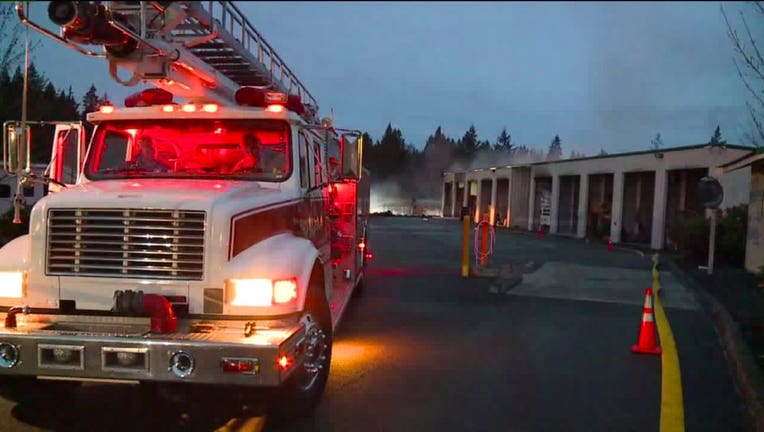 SALEM, Ore. - A wildfire near the resort town of Sisters, Oregon, doubled in size to 6.2 square miles (16 square kilometers) Monday, forcing evacuations in the area, while the state’s biggest fire continued to burn out of control, with containment not expected until November.

That wildfire, dubbed the Bootleg Fire, has scorched over 240 square miles (622 square kilometers) in southern Oregon. Fire managers estimated the fire won’t be contained until around Nov. 30. It started on July 6 from unknown causes.

"The fire will continue to be extremely active in unchecked portions of the perimeter, with unstable air conditions and extremely dry fuels," fire managers in the Fremont-Winema National Forest said Monday.

They said that during the weekend, heat generated by the fire sucked in winds, which brought more oxygen to an already raging fire, essentially fanning the flames. But control lines on the fire’s southern edge kept the flames in check overnight.

Power companies are inspecting damage to high-voltage power lines to see if they can carry electricity again. The Bootleg Fire disrupted service on three transmission lines providing up to 5,500 megawatts of electricity to California, where the state’s grid operator asked for voluntary power conservation from 4 p.m. to 9 p.m. to ease the strain.

A fire in Central Oregon, a few miles northeast of Sisters, started on Sunday, and doubled in size by Monday morning. A plane dropped orange fire retardant on the fire, whose smoke was visible for miles, and ground crews cut fire lines amid grass and trees.

"There’s ash coming down," said Leah Tolle, business manager of the Tollgate Property Owners Association, a community next to Sisters.

Gov. Kate Brown invoked the Emergency Conflagration Act after determining that a threat to life, safety, and property exist due to the fire, and the threat exceeds the firefighting capabilities of local firefighters.

The declaration authorizes the state fire marshal to mobilize firefighters and equipment to assist local firefighters.

The state fire marshal’s office tweeted Monday that task forces from Benton, Linn and Lane counties are going to assist fighting the fire in Central Oregon, named the Grandview Fire. Firefighters from Marion County were ordered to the scene Sunday evening.