Crews found five young wolf pups inside, left behind after the rest of their pack took off, and took the animals to safety.

The wolf pups were treated by a field biologist and given sugar water to help relieve dehydration, according to KTUU. The animals are being cared for by a zoo in Anchorage until a permanent home is found. 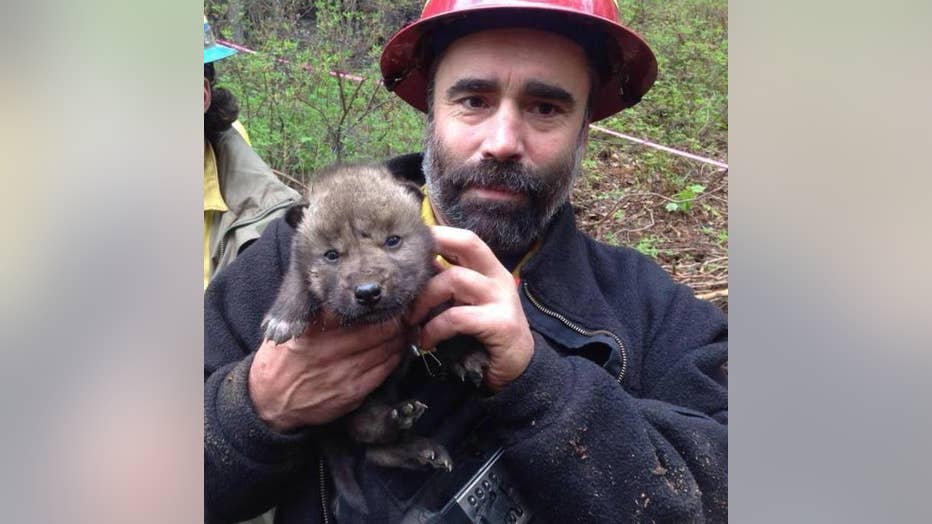