Firefighters in Kent found themselves battling a building fire at a former Planned Parenthood in Kent Friday night.

KENT, Wash. - Firefighters battled a fire at an abandoned building that used to be a Planned Parenthood Friday night.

According to Puget Sound Fire Department (PSFD), crews responded to a two-alarm fire near the corner of SE 240th St. and 102nd Ave. SE just after 11:30 p.m. The building was fully engulfed in flames the moment crews arrived at the scene. 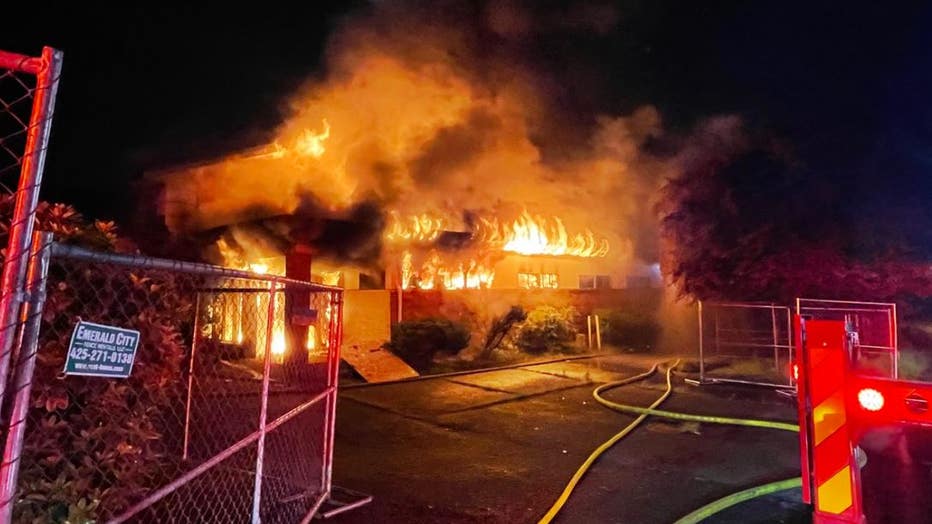 "First, I heard a little explosion when I was inside my house," said Dan Mason. "I went to my back window, and I saw smoke coming out one side of the building. Then I came outside and saw about 20 young individuals running and panicking."

The 911 call that initially came in reported a fire at Planned Parenthood in Kent. However, the public information officer and a neighbor at the scene said the building was formerly operated by Planned Parenthood, but it has been abandoned for months.

Fire crews reportedly have control of the fire. No injuries have been reported.

This is a developing story as an investigation is underway to determine the cause of the blaze.