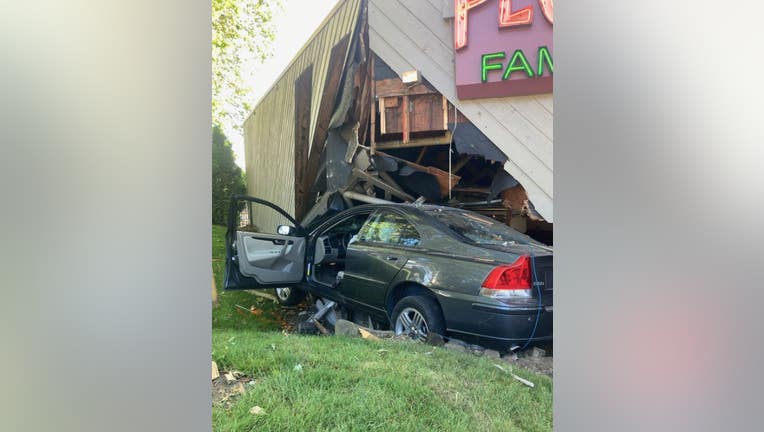 RENTON, Wash. - Firefighters are on scene of a crash involving a vehicle into a restaurant in Renton.

According to Renton Fire Department, a vehicle crashed into Plum Delicious restaurant on NE Sunset Blvd. around 5 p.m. The building may be compromised, firefighters said.

Firefighters said at least eight people had injuries, and they have requested aid from Bellevue and Skyway. The injuries are from those inside the restaurant and from the driver.

Several people were taken to the hospital, though it's unclear how severe they were.

Crews were still working to clear the building several hours after the crash was reported.

FOX 13 has a crew en route to the scene.