According to Seattle Police, 911 callers reported a burglary in progress at a strip mall in the 3000 block of NE 127th Street just before 11 p.m. Monday. A witness said several people were breaking into a business there, though it's not clear which one.

The 911 caller was still on the phone with dispatch when he saw the suspects leave in a vehicle and noticed the building was on fire.

The fire ripped through several businesses and caused the roof to collapse about 30 minutes after firefighters arrived.

Maps show the shopping center included a Papa Murphy's pizza, a Teryaki restaurant, a Ramen restaurant, a massage parlor, a laundromat, and a barbershop, among others. 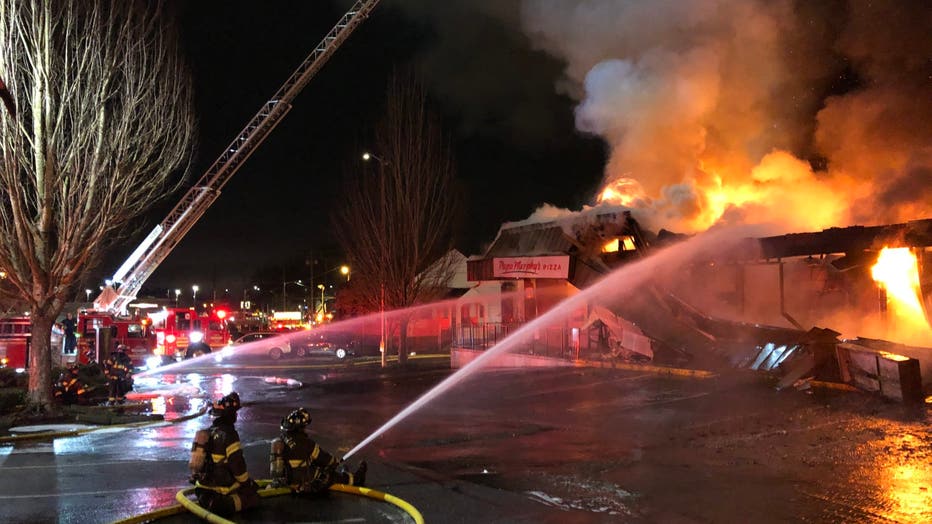 The response was upgraded to a 2-alarm fire at 11 p.m. It took about 90 minutes to get the fire under control.

SPD's Arson Bomb Squad is investigating. Police said they are not releasing possible suspect photos or video yet.