ISSAQUAH, Wash. - A popular Western Washington breakfast restaurant "the egg & us" caught fire Wednesday morning for the second time in less than a day.

Eastside Fire & Rescue crews were first called Tuesday at 5:00 p.m. to the Issaquah restaurant at Gilman Village to put out a kitchen fire. No injuries were reported. 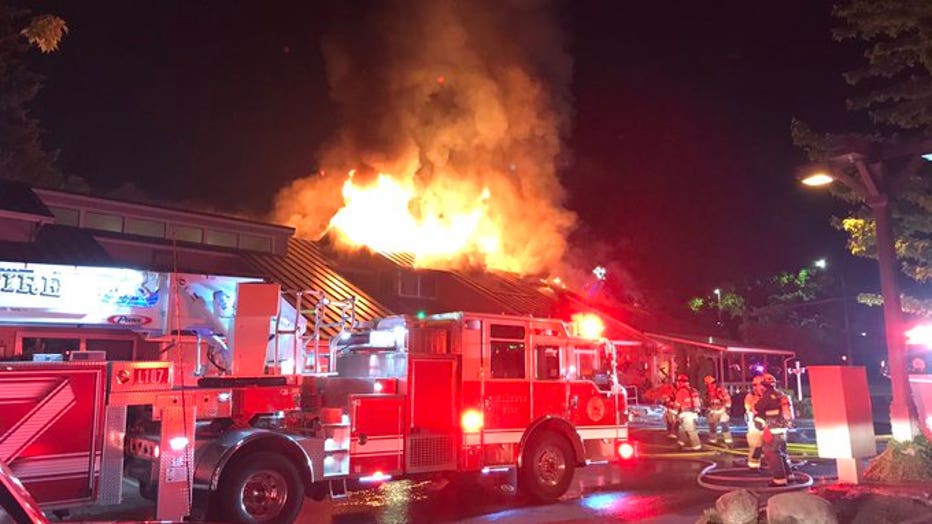 Then at 3:45 a.m. Wednesday, someone called 911 to report another fire. When Eastside Fire & Rescue crews arrived, the flames were shooting out of the roof.

Firefighters went into a defensive attack mode. They were not immediately able to go inside the restaurant because of a roof collapse.

No injuries have been reported.