MOSES LAKE, Wash. (AP) — A fast-moving fire in central Washington that started Tuesday afternoon has been brought under control with some homes and outbuildings lost.


The Grant County Sheriff's Office said Tuesday night the fire is still burning but not making a run as it did earlier in the day with high winds about seven miles north of Moses Lake. Officials say they don't yet know how many structures have burned or the amount of land.

Shelters have been set up for people as well as livestock from about two dozen evacuated residences. Road closures remained in effect for parts of State Route 17 and Road 10 NE.

The cause of the fire has not been determined yet. 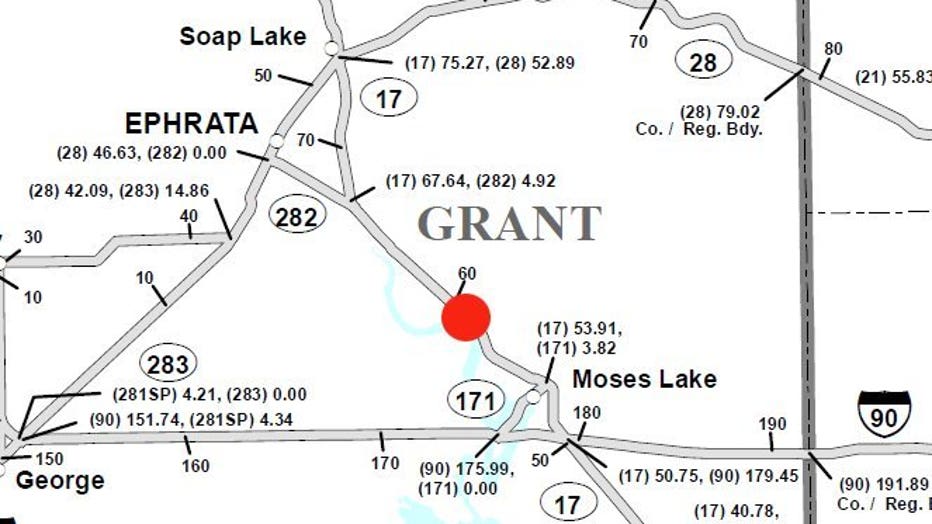 Also on Tuesday, fire crews were making headway on a blaze that started Saturday night in south-central Washington on the U.S. Army's Yakima Training Center.

The fire that has scorched about 276 square miles was up to 20 percent contained, from 10 percent Tuesday morning.

It's the largest of several wildfires burning in Washington state.