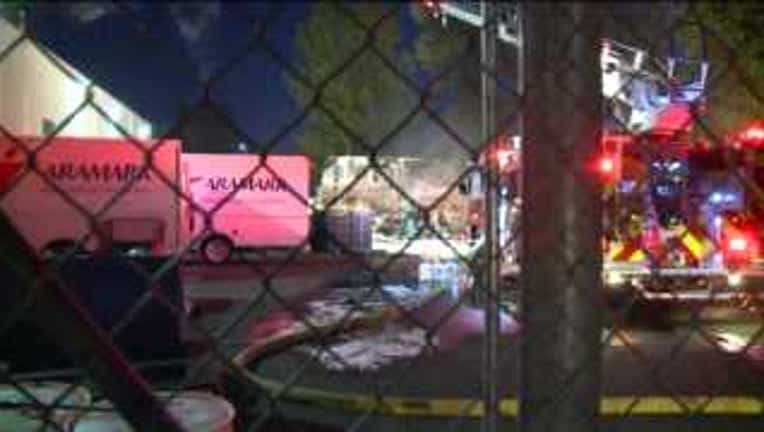 KENT, Washington-- Fire crews responded to an early morning fire in Kent. The call came in around 3 a.m. Thursday morning at the Aramark building on 228th St. Initially it was believed that a dumpster was on fire out back, but when crews arrived they noticed flames inside the building in a wooden bin full of dirty laundry. Crews managed to put out the fire. No one was injured. No word yet on a cause. Officials say the fire does not appear to be suspicious.