Firefighters were defensively battling the three-alarm blaze at 3001 Hewitt Avenue to make sure the fire didn't spread.

Part of the building collapsed at one point.

The cause of the fire was not immediately known, an Everett Fire official said.

Power was shut down in the area for the protection of the firefighters. That left about 850 customers in the area without power. 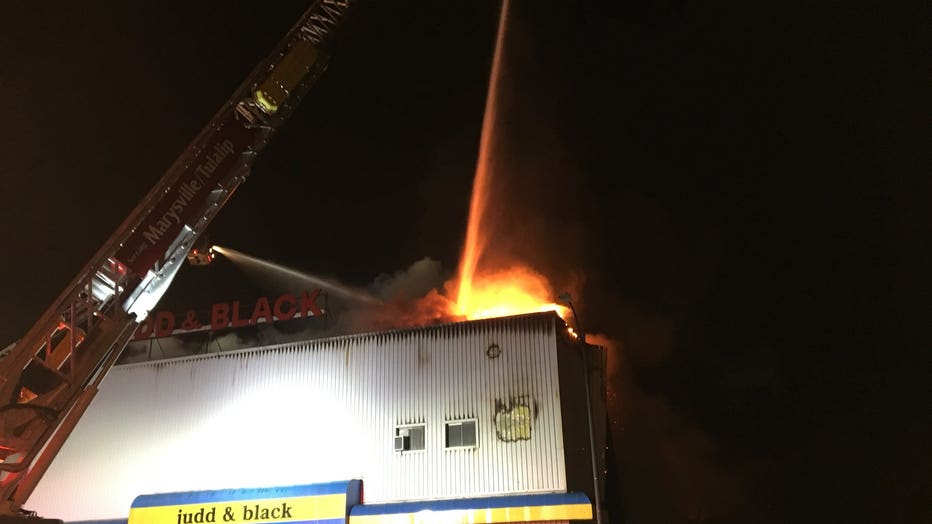