Firefighters expect to work through Christmas night to keep an abandoned house fire in unincorporated Edmonds from spreading to others in the neighborhood.

The fire was already raging when someone called 911 around 6:45 Wednesday night.  Firefighters say the home, overlooking the Puget Sound, had been abandoned for years.  But South Snohomish Fire and Rescue Battalion Chief Jason Turner says abandoned doesn't necessarily mean 'empty.'

"It appears that some vagrants had been living in the basement," Turner said, adding later: "The likelihood is we'll probably never know exactly what caused the fire.  But we'll leave that to the fire marshal's office to determine and investigate." 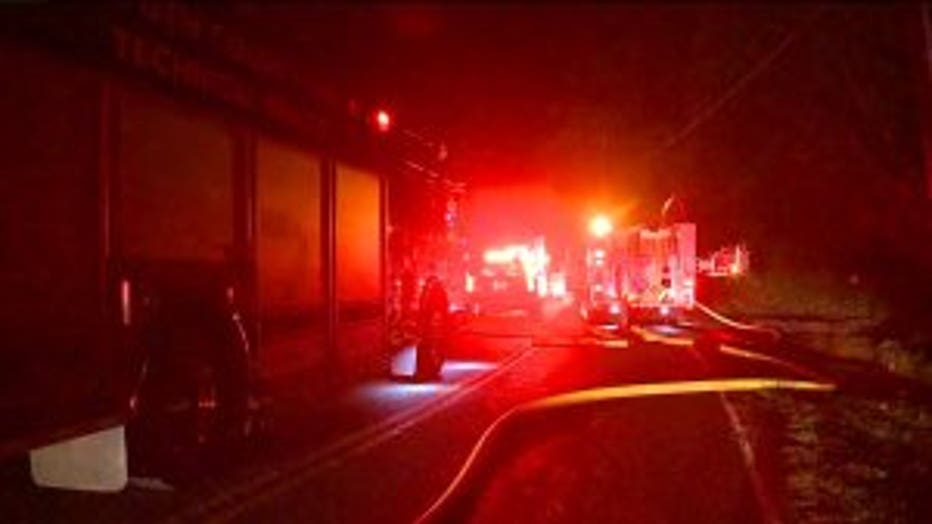 Firefighters say the home along Fisher Road had been abandoned for years before it caught fire on Christmas night.

Initially, firefighters were concerned that the blaze would spread to other homes nearby, especially since water was limited, and the home itself was difficult to access.  More than a dozen crews from three local agencies responded, and managed to keep the fire from spreading beyond the original home.

"The likelihood is we'll probably never know exactly what caused the fire."

"We're not sending any crews in; we're just putting water in from the outside and eventually the home will burn down to the foundation."

Over the next 24 hours, firefighters will bring in heavy equipment to dig through the aftermath and make sure the fire is truly extinguished so that investigators can begin their work.

Turner said this could have all been much worse.

"It is an unfortunate loss, because it was a beautiful home.  But luckily no one was hurt...no presents were lost, and Christmas wasn't ruined."