LAKEWOOD, Wash. - A fire at a Lakewood industrial building closed SR-512 during the Thursday morning commute and sent toxic smoke into the air. 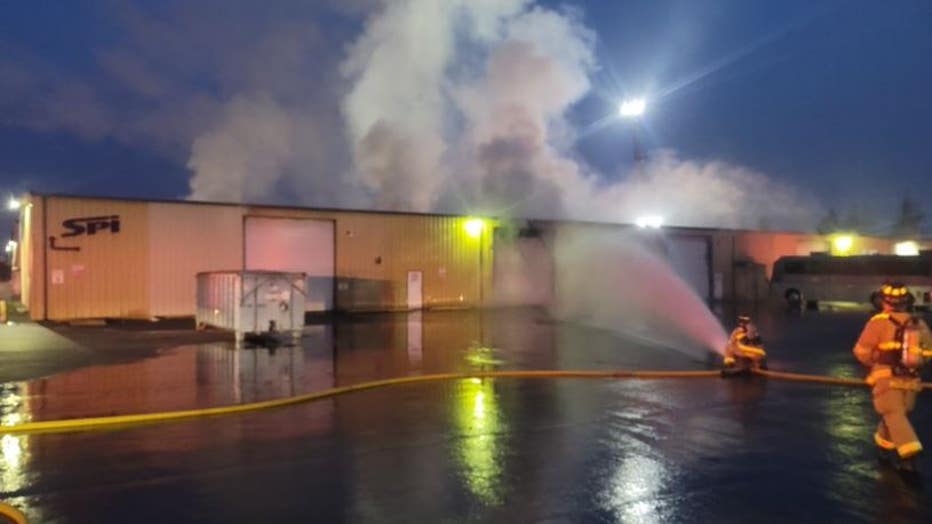 As of 8:45 a.m., firefighters were in a "defensive" stance and were having a hard time fighting the fire from outside the building. They had the fire under control by 10:30 a.m.

West Pierce Fire initially had evacuation orders in place for some area residents, but those have since been downgraded to shelter-in-place if you're within 1,000 feet of the fire. Stay inside and close your doors and windows.