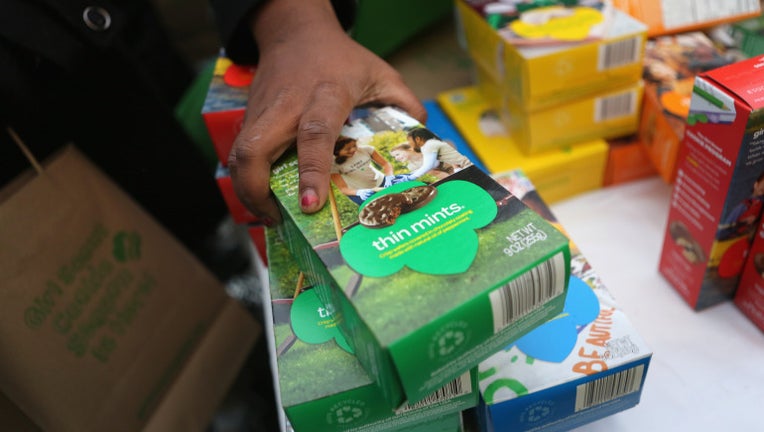 For the first time ever, Girl Scout cookies will be sold online through an national platform called Digital Cookie. This breaks the organization's ban on e-sales of Thin Mints and Samoas.

The 112-year-old organization had preferred that its scouts engage in door-to-door sales, or send their parents to the office to get their colleagues to sign up for boxes of the famous treats. It's supposed to be a learning experience for the young scouts.

But the Girls Scouts seem to have realized that the Internet can also teach the girls valuable skills.

"Digital Cookie will also allow customers to help girls learn 21st-century skills grounded in technology, along with valuable interpersonal skills girls will acquire through their continued participation in traditional booth and door to door sales," the organization said.

At various times, individual Girl Scouts have tried to peddle the cookies online, including Honey Boo Boo, who tried last year to sell the cookies through her Facebook page. But it was reported at the time the Scouts ended the online operation, and have discouraged other attempts, too. (A spokeswoman for the Girls Scouts declined to comment on the Honey Boo Boo situation.)

Most of all, the organization wanted to level the playing field for its 2.3 million Girl Scouts. The group didn't want extra-savvy scouts (or parents) deploying advanced Web skills to build an online cookie empire and gain an edge over their peers.

The organization is expected to launch its online sales on Dec. 12. The traditional cookie selling season begins in January.