NEW YORK (CNN) -- A final report released Friday on the investigation of the mass shooting at Connecticut's Sandy Hook Elementary School offered snippets of information into the life of the reclusive and tormented young man who carried out the second deadliest mass shooting in U.S. history.

More than anything, the voluminous report -- thousands of pages long -- from the Connecticut State Police closes a final chapter on a massacre that triggered a national debate over gun violence, school safety and mental health. 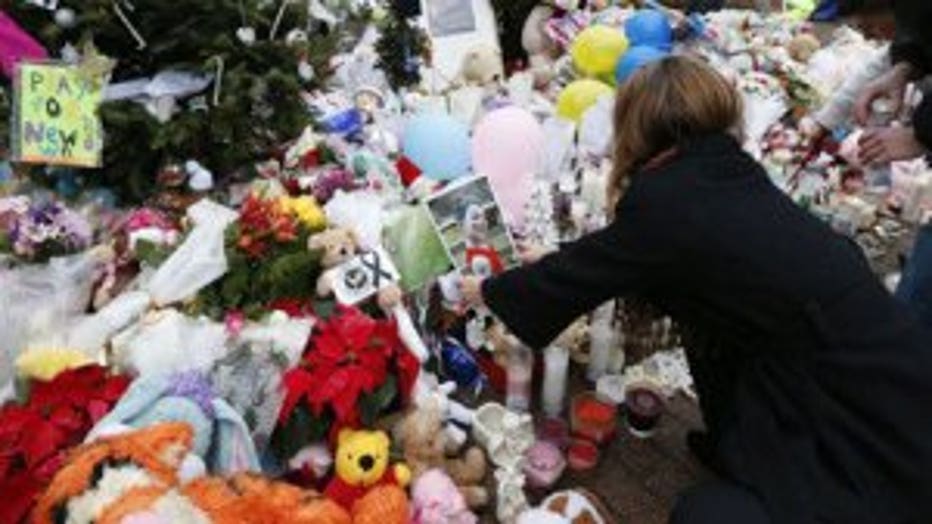 In a heavily redacted page in the report, an unidentified witness told investigators 20-year-old gunman Adam Lanza hated his mother, Nancy, and Sandy Hook Elementary School. She volunteered at the school from 1998 to 2012, including years when he attended it.

"Lanza apparently felt that his mother loved the students more than him," the report said.

However, a prosecutor's report released last month concluded that Lanza acted alone and took the motive for the bloodbath to his grave.

Nancy Lanza discussed her son's "disabilities" with a friend the day before her son shot and killed 20 first-graders and six staff members at the Newtown school.

Lanza, 20, killed the children and staff with a semi-automatic on December 14, 2012. Earlier, he killed his mother inside their home. He committed suicide with a handgun as police arrived at the school.

One of the responding officers at the school found a group of students and a teacher hidden in a small bathroom blocked behind a bookshelf, Friday's report said. The teacher did not initially believe police had arrived. An officer slid his badge under the door.

One of Lanza's former teachers told investigators that during what were supposed to be brief creative-writing assignments, the young man produced long, disturbing passages.

"Adam would write ten pages, obsessing over battles, destruction and war," the teacher said, according to the report. His work was "so graphic that it could not be shared."

After the shooting, the items investigators removed from the Lanza home included a military-style uniform that was found in Adam Lanza's room. There were books with titles such as "Look me in the eye: My life with Aspergers," "Born on a Blue Day: Inside the Mind of an Autistic Savant," and the "NRA Guide to the Basics of Pistol Shooting."

In text messages in Nancy Lanza's phone records, the mother expressed concerned for her son while texting with friends.

"I REALLY wish I could but I have so much to do and want to spend a little extra time with Adam before I go," she wrote in one. "Also, lots of cooking to do because I like to leave him with all his favorites."

In another, she writes, "I was off to a rough start. Poor Adam bumped his head (really badly) and we were dealing with blood at 5:30 in the morning :) He is ok... It looked worse than it actually is."

Earlier this month, a prosecutor's report on the case said Lanza "had significant mental health issues that affected his ability to live a normal life and to interact with others."

"What contribution this made to the shootings, if any, is unknown as those mental health professionals who saw him did not see anything that would have predicted his future behavior," the prosecutor's report added.

In Friday's report, police quoted an unidentified man who said he had dated Nancy Lanza in 2011 and remained friends with her. The man said she told him "she did not want to be in Connecticut the week of the shooting and was considering taking a trip to be sure she was out of town. This was thought to be some sort of foreshadowing of the incident," the report said.

The London trip was canceled, he said, because of "a couple of last minute problems on the home front," the report said. The unidentified man said he did not know what the problems were.

The man said "he knew Lanza to own weapons and that she invited him to go shooting because it was a good stress release."

He told investigators that he visited her house only once and never met Adam. He said Nancy Lanza had retired from work because of her son's Asperger's syndrome. She wanted to be with her son, the man said.

Lanza had a strange relationship with his mother: They lived in the same house but communicated by e-mail, according to the prosecutor's report last month. He refused to touch doorknobs and changed clothes several times a day. He loathed holidays and birthdays.

Lanza and his mother frequently went target shooting together. Friday's report said "a stand alone metal gun safe was located in the closet" in the Lanza home. "The door of the safe was found open. The door and the lock did not appear damaged."

Adam Lanza's relationship with his father was equally strange. Peter Lanza told investigators that he would reach out to Adam via e-mail six to eight times a year, even though Adam stopped responding altogether sometime in 2010, the report said.

"Peter stated that when Adam was approximately 8-9 years old he told him that 'he loved being a kid,'" said the report. "Peter also stated that Adam enjoyed his time at the Sandy Hook Elementary School when he was a student there."

Peter Lanza said that when his son was 11 or 12 years old, his demeanor changed, and he became more stressed and frustrated. And the father said he did not have a lot of interaction with his son during the year preceding the shooting, with Peter Lanza feeling "his ex-wife Nancy was a contributing factor to Adam distancing himself from him."

An unnamed man who said he spoke to Nancy Lanza in the days before the massacre told investigators that she was planning to sell her house and move to Washington state or North Carolina. In Washington, the report said, Adam was to attend a special school he wanted to go to. If they went to North Carolina, Adam was to work for a friend of Nancy Lanza who owned a computer technology business.