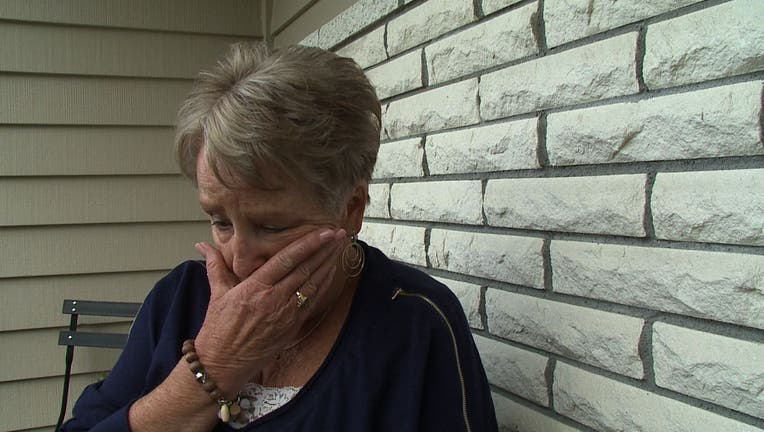 Irene Kuntz, whose sister, Linda McPherson, was killed in the mudslide Saturdasy, said she feels blessed that Linda's body has been recovered and is no longer in the slide debris. "We are now able to begin closure," she said Thursday. (Photo: KCPQ-TV

OSO, Wash. -- Families are still anxiously waiting for word that their loved ones have been recovered from the mudslide.

Five days after the landslide, Dayn Brunner and rescue crews finally located his 37-year-old sister. She was found inside her car -- she had been driving on State Route 530 when the mudslide hit.

“I lifted her out of the car and I knew she was no longer suffering,” Brunner said of his sister, Summer Raffo.

For days they searched the massive debris field.

Dayn says they walked near his sister’s car several times but the mud was so thick they couldn’t see it.

But when crews saw Summer’s blue car, Dayn and his family dug as fast as they could.

“They came running over and they were digging, trying to get her out. They were cutting pieces of the car off,” said Brunner.

Brunner’s story is just one of many in this disaster.

Linda McPherson also died in the slide, but her husband somehow survived. Linda’s sister, Irene Kuntz, feels blessed that Linda’s body is no longer stuck in the debris.

“We are now able to begin closure and so many people can’t because they still don’t know,” said Kuntz. “I get comfort in knowing where she is and that she isn’t still out there. That has to be devastating to the people who don’t know.”

Brunner hopes other victims' families can soon feel a sense of closure, too.