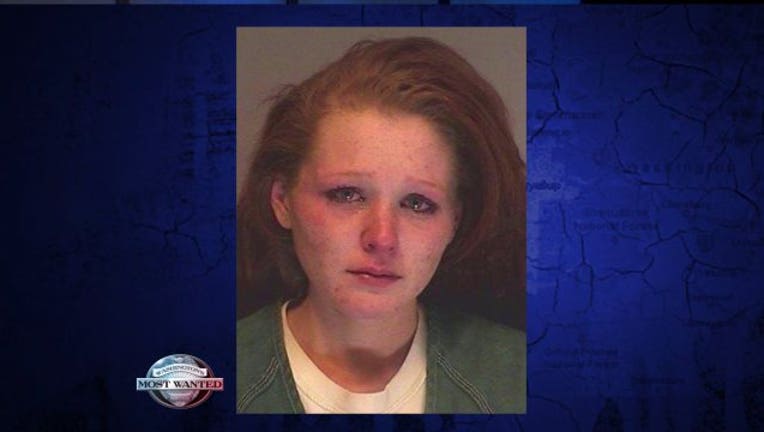 FUGITIVE CAPTURED April 22, 2014 -- The Spokane County Sheriff's Office says Heather Marchand was booked into the Lincoln County Jail on April 22nd, then transferred to the Benton County Jail on a Department of Corrections detainer. FUGITIVE WANTED IN SPOKANE COUNTY April 11, 2014 --  A  judge in Spokane gave this woman a break by letting her leave jail for Christmas, but she never came back. Heather Marchand was convicted of stealing a car that she was riding in. That car led cops on a high-speed chase, hitting speeds of 90 miles per hour. Marchand is 23-years-old and has red hair. If you know where this female fugitive is hiding, call an anonymous tip into: CRIME STOPPERS: 1-800-222-TIPS You must call the Crime Stoppers hotline with your tip to be eligible to receive a cash reward for information leading to a fugitive’s arrest. CLICK HERE for information on how to TEXT A TIP to Crime Stoppers