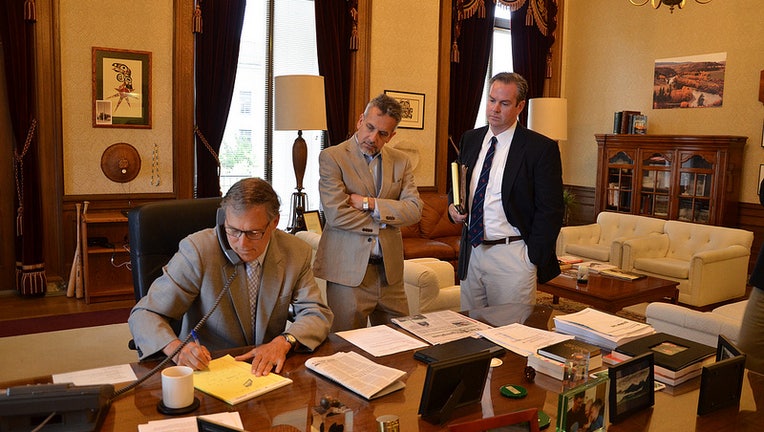 Gov. Jay Inslee on the phone with Eric Holder

Holder contacted Gov. Jay Inslee and Colorado Gov. John Hickenlooper to tell them the federal government would continue to enforce eight areas of concern that include drug distribution to minors and ensuring that pot grown within the two states stays within their borders.

The two states legalized recreational marijuana use and possession in the November 2012 general election. Marijuana does remain illegal under the federal Controlled Substances Act.

In a statement, Inslee said, “We want to thank the Attorney General for working with the states on this and for finding a way that allows our initiative to move forward while maintaining a commitment to fighting illegal drugs. This reflects a balanced approach by the federal government that respects the states’ interests in implementing these laws and recognizes the federal government’s role in fighting illegal drugs and criminal activity."