Federal safety regulators opened a probe into a series of fires in Tesla Motors Inc. electric cars involving the battery casings, including one that burst into flames on Highway 167 near Kent Oct. 1. 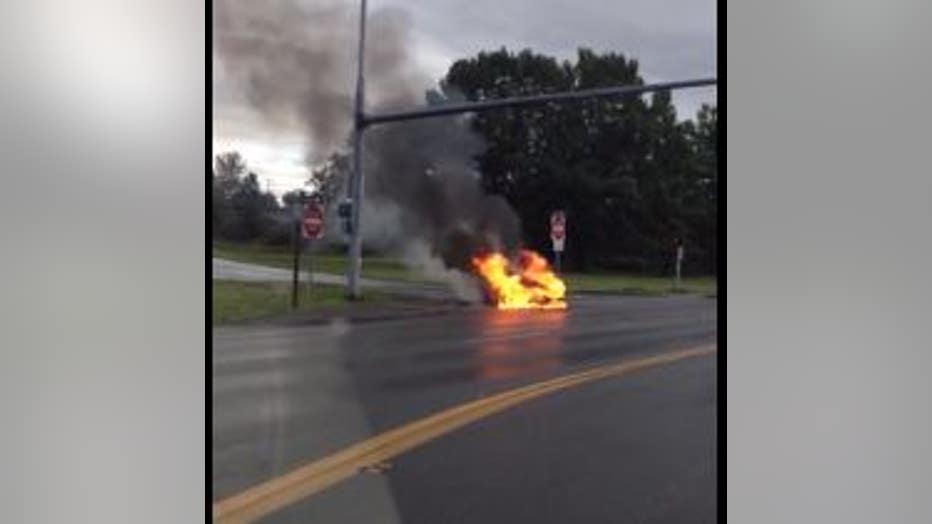 The National Highway Traffic Safety Administration said Tuesday that it would investigate why two of the expensive Tesla Model S sporty hatchbacks have caught fire this year following accidents in which the battery casing that serves as the undercarriage of the car cracked open.

A third fire, which took place in Mexico, won’t be part of the investigation because it is outside the agency’s jurisdiction.

NHTSA noted that in the two U.S. fires, one near Seattle and the other in Nashville, the battery monitoring system in the cars warned the drivers, allowing them to pull over and safely exit the vehicles before the battery emitted smoke and fire.

The fires have become an issue for Tesla, contributing to 37% drop in the value of its stock since reaching a high of $193.37 on Sept. 30.  The shares were down an additional 2% in overnight trading Tuesday.

Tesla Chief Executive Elon Musk said the automaker requested the investigation to refute fears that electric cars are more prone to fires than other vehicles.

But the NHTSA disputed that, saying its decision was an independent process.

“In regards to Tesla, the agency notified the automaker of its plans to open a formal investigation and requested their cooperation," the agency said, "which is standard agency practice for all investigations.”

Tesla is already taking action, changing its warranty to cover damage due to a fire, even if due to driver error.

“Either our belief in the safety of our car is correct and this is a minor cost," Musk said, "or we are wrong, in which case the right thing is for Tesla to bear the cost rather than the car buyer.”

The automaker believes the warranty change, which doesn’t apply if an owner purposefully sets the car on fire, will reassure buyers.

“If a false perception about the safety of electric cars is allowed to linger, it will delay the advent of sustainable transport and increase the risk of global climate change,” Musk wrote in a post to his blog on the Tesla website Monday night.

The automaker is taking advantage of the car’s electronic capabilities to execute a wireless update to the air suspension that will result in greater ground clearance at highway speeds, Musk said.

“This is about reducing the chances of underbody impact damage, not improving safety,” Musk said. “The theoretical probability of a fire injury is already vanishingly small and the actual number to date is zero.”

Another software update expected in January will give the driver direct control of the air suspension ride height transitions.

Musk also defended the automaker’s vehicles, writing that they have a lower fire risk than gasoline vehicles.

“Since the Model S went into production mid last year, there have been over 400 deaths and 1,200 serious injuries in the United States alone due to gasoline car fires, compared to zero deaths and zero injuries due to Tesla fires anywhere in the world,” Musk wrote.