A $75 million budget shortfall could force King County Metro to cut 17% of its bus services starting in June.  The cuts would be phased in gradually over one year. 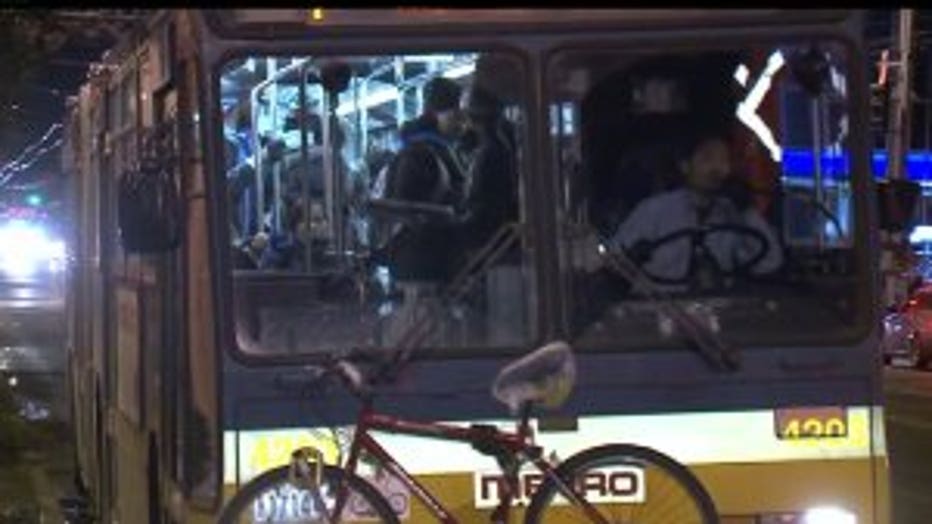 It’s an unprecedented proposal during a time when bus ridership is booming. The cuts would mean 74 of Metro’s 214 routes would be eliminated and an additional 107 routes would be reduced or revised.

The first of nine meetings aimed to inform the public and to hear their concerns was held Wednesday night. Dozens showed up to the Federal Way Community Center to vent about the possible service cuts.

King County Metro says the budget problem started in 2008 during the recession because a lot of their money comes from sales tax and, when the recession hit, revenue decreased. Metro has looked at raising bus fares, but that’s just not enough at this point.  It is hoping the Legislature will step in because if there is no way to close the budget shortfall, the cuts are a sure thing.

One woman pointed out that these cuts will also affect those who do not ride the bus.

“Now you are going to have more cars on the roads, anyway, and commute time is going to increase,” bus rider Lydia Assefa-Dawson said.

“There has to be a way if you do have cuts, don’t do it as drastic as they are now,” bus rider Ken Shattock said.

“We are very concerned because there could be four routes canceled in Federal Way and we have a lot of low-income people who possibly won’t be able to work,” Federal Way City Councilwoman Susan Honda said.

“I think every part of the county will feel the cuts if these were implemented, every community will bear the brunt,” said Marti Minkoff, of King County Metro.

The next town meeting will be in West Seattle on Dec. 3 at Youngstown Cultural Arts Center from 6 p.m. to 8p.m. About 150 daily bus trips from West Seattle to downtown Seattle could be canceled under the proposed cuts.

Metro says there will be an announcement regarding the issue Thursday at 11 a.m. King County Executive Dow Constantine and top transportation officials will be there to share the latest.