FEDERAL WAY, Wash. -- Federal Way Police are asking for the public's help to solve the murder of 27-year-old Crystal Hawkins.

The Renton woman was left for dead outside St. Francis Hospital early in the morning of Oct. 25.

"She had significant head trauma and, unfortunately, she died from that head trauma," said Public Information Officer Cathy Schrock.

A witness said they heard a vehicle speeding away from the area where she was found.

Crystal lived in Renton with her mom.

"What we know is that Crystal left the house somewhere between 1 and 3 a.m. based on what her mom could piece together and that was the last time she spoke with her.

"We know that she left with that car from Renton and although we're not sure whether or not she was in that car when she was dumped, it was later recovered.

"We just don't have any leads and we'd like the public's help to see if her friends, family, associates or anybody might have seen her car or her on that time, October 25th," said Schrock.

Crime Stoppers is offering a $1,000 cash reward to anyone with information that leads to an arrest in the case.

Call the hot line at 1-800-222-TIPS or use the P3 Tips App on your phone. You may also submit a tip at https://safecityfw.com/ or www.p3tips.com but to be eligible for the reward, you must provide it to Crime Stoppers before an arrest is made. 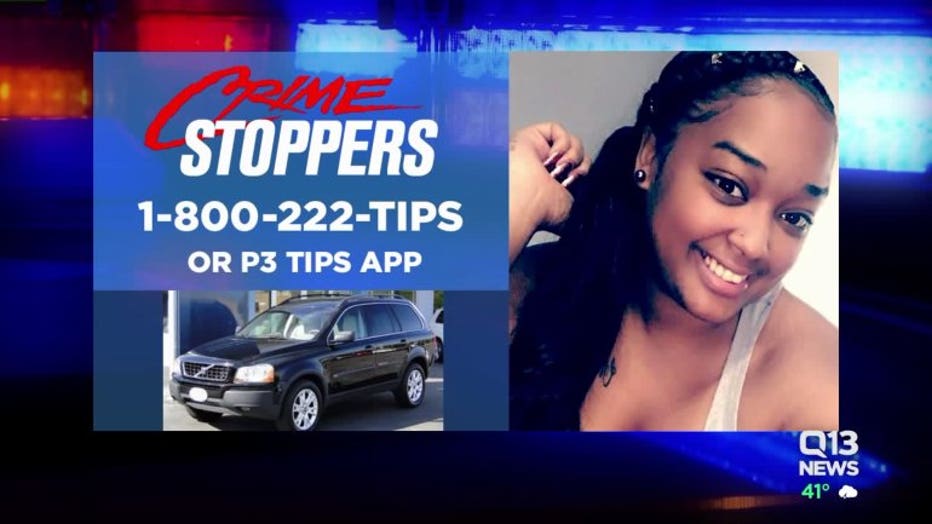