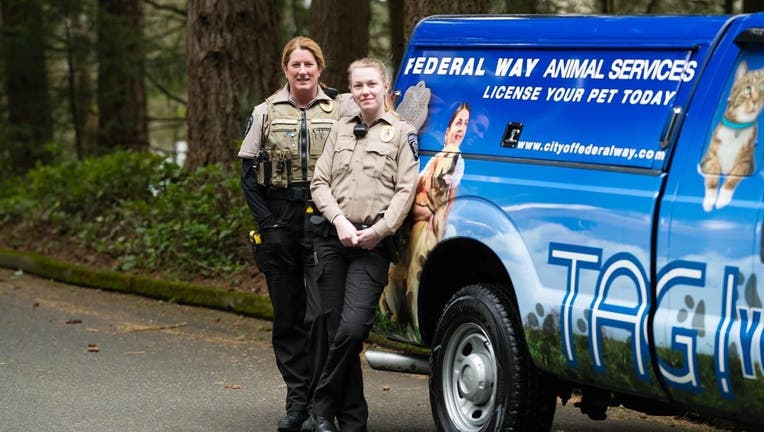 FEDERAL Way, Wash. - Five dogs that were found to be severely malnourished were recently rescued from a home by the Federal Way Police Department Animal Services Unit.

An Animal Services Officer located the dogs and found the dogs and said they were "severely malnourished, water-deprived, and covered in filth."

The owners surrendered two of those dogs but refused to give up the remaining one. A search warrant was issued for their home and the remaining dog was located, along with two others. All of those dogs were said to be malnourished and were living in "squalid conditions."

The three dogs found at the home that weren't surrendered were placed in long-term foster care while the owners face criminal charges.

All five dogs were taken to a vet for examination and treatment. One could not walk and needed to be transferred to an emergency vet clinic.

The Animal Sevices Unit said the owners have been involved in previous animal cruelty cases. They were taken to jail since they had animal cruelty arrest warrants in other areas.

Animal Services Officers are coordinating with other jurisdictions to prevent the owners from being allowed to possess any animals while all of the cases are pending against them.

"No animal should experience such misery.  We are proud of our Animal Services Unit for directly confronting the horrors of animal abuse.  The sights, sounds, and smells of abuse cases weigh heavy on our staff and we hope the sadness is lifted knowing that the dogs are no longer experiencing such bad conditions," Federal Way police wrote on Facebook.

The two dogs that were voluntarily surrendered will be up for adoption at the Humane Society for Tacoma and Pierce County once they recover and regain their health.