The officer was not hit, but the patrol vehicle was

FEDERAL WAY, Wash. - Federal Way Police are asking for the public's help in identifying a suspect who ambushed an officer and shot at him earlier this month.

Police say a fellow officer was stopped at a traffic light at the intersection of S. 330th Street and Pacific Highway South on Sept. 3 when a driver shot at the officer and his vehicle.

The officer was not injured, but the vehicle was struck by gunfire. The officer followed the suspect but subsequently lost sight of the vehicle near S. 320th Street and Interstate 5.

The Federal Way Police Department is attempting to locate the 2004 silver G35 Infiniti bearing Washington license BYT3646. At the time of the incident, the vehicle had been stolen from a dealer lot in Fife while awaiting service. 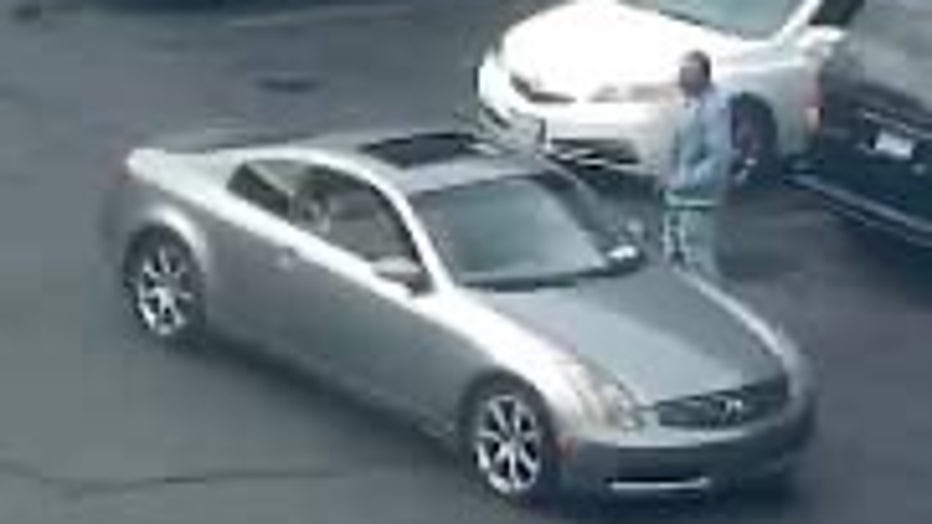 Detectives have been in contact with the registered owner, who has fully cooperated with the investigation.

Just days after this incident, a Renton police officer was targeted when multiple rounds were fired at them. Neither the officer or any community members were harmed and the suspects were quickly apprehended.

The suspect is described as a Black male, thin or lanky in stature. Anyone with information is urged to contact the Federal Way Police Department at 253-835-2121 or submit an anonymous tip to Crime Stoppers of Puget Sound for a cash reward of up to $1,000, text the tip through the P3Tips App or call 1-800-222-8477. You will never be asked to give your name.