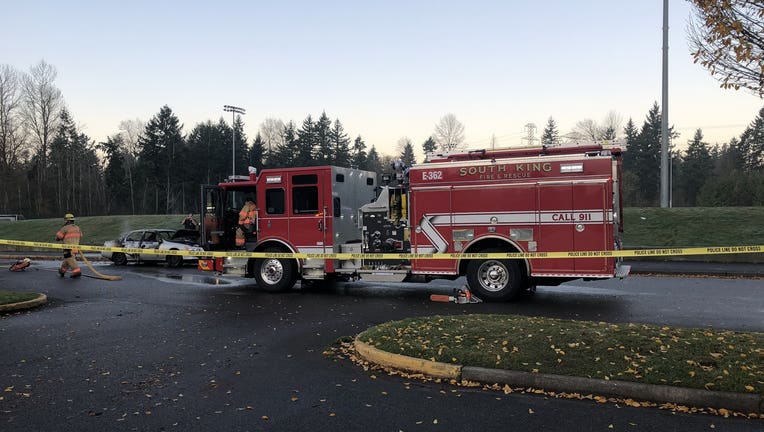 FEDERAL WAY, Wash. -- Federal Way investigators are on the scene of a fatal car fire in Celebration Park.

According to South King Fire, crews responded this morning to reports of a vehicle fire.

Police said "human remains" were found after the fire was put out, but it's still unclear how many people died. Witnesses said they didn't see any suspicious activity around the vehicle before the fire started.

Part of the park is blocked off while police and firefighters investigate.

This is a developing story. Check back for more information.