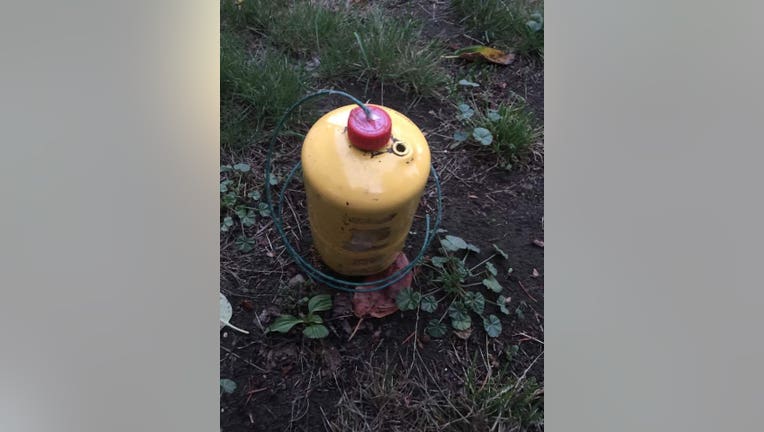 FEDERAL WAY, Wash. -- Police said they blew up a "suspicious device" that a man found in a dresser outside his mother-in-law's house Monday night.

The device appeared to be a propane tank with a fuse in the top.

Theo Butler said he went to move a dresser outside his mother-in-law's house at 113 SW 304th Street and found the device inside the dresser.  Butler said he saw what looked like a homemade bomb and called Federal Way Police. He said the dresser had been sitting outside the house for about two weeks.

The police bomb squad picked up the device up with a bomb robot and exploded the device.

The police called it only a suspicious device.