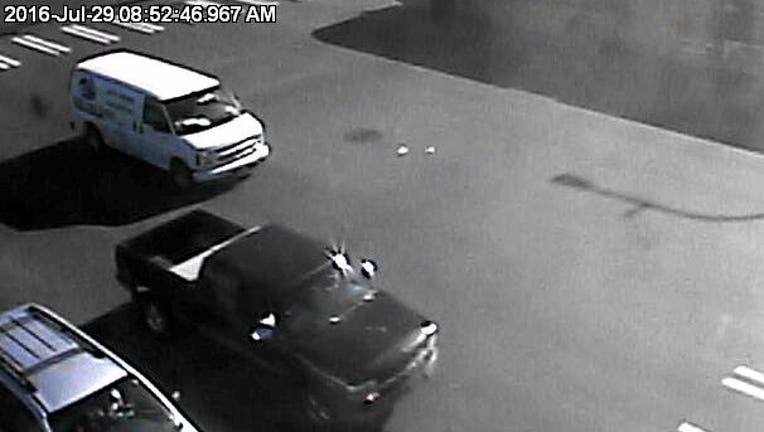 FEDERAL WAY, Wash. -- Police asked for the public's help identifying the driver a black pickup truck that may have been involved in a road rage incident Friday morning.

Police said the driver of a car possibly involved in the incident suffered a serious medical problem, crashed into a tree and died.

Police said the accident occurred near 312th and Pacific Highway South, when a car left the roadway and crashed into a tree. Police were called to the scene at  8:54 a.m.

"Police officers arrived and found the lone occupant (male 60yrs) unconscious and unresponsive," a Federal Way Police Department news release said, adding that CPR was conducted on the victim but he did not survive.

"Traffic investigators are seeking information from the public that may have witnessed a road rage incident just prior to the collision occurring.  Investigators are seeking to identify the driver of a vehicle that was seen by witnesses.  Older black Chevy pickup truck with possibly a silver colored tool box in the rear bed. Also there was a 49ers sticker on the back window," the release said.

The driver was described as a white man in his 20s, police said.

Anyone with information is requested to contact Federal Way Police through anonymous tip at safecityfw.com or Keith.Pon@cityoffederalway.com