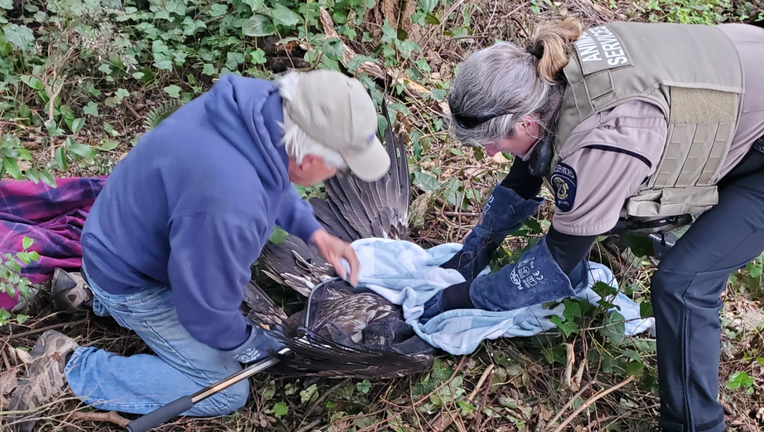 FEDERAL WAY, Wash. - A bald eagle with an injured wing was rescued last week by a Federal Way police officer and a licensed wild bird rehabilitator.

On Friday, multiple people called 911 to report a wounded bird, the Federal Way Police Department said in a Facebook post.

When a Federal Way police officer arrived, she found a bald eagle, about 2 years old, with an injured wing and was unable to fly.

The officer called Feather Haven, a licensed wild bird rehabilitator with both WA State Fish & Wildlife and US Fish & Wildlife, and they were able to safely catch the eagle.

The rehabilitator determined the eagle had a fracture in its left wing and needed surgery.

According to the police department, the eagle was taken to a veterinary hospital that specializes in birds of prey.

"We are happy to report the young eagle is expected to live and we are hopeful it will be returned to the wild," the police department said.