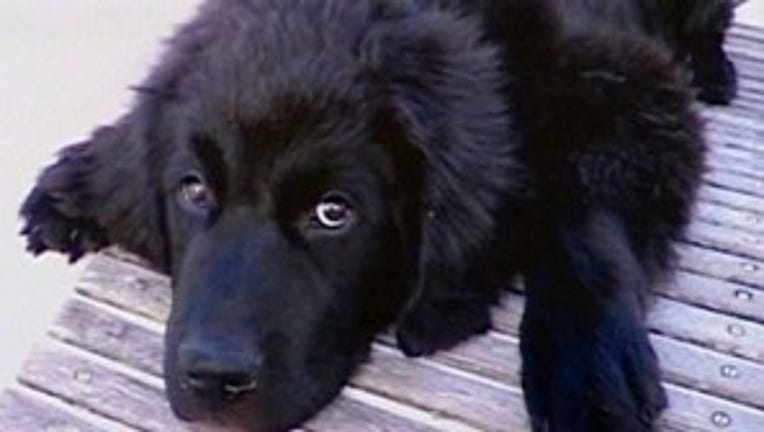 A federal lawsuit was filed Nov. 7 against two Des Moines police officers involved in a Nov. 17, 2010, incident in which they shot and killed a dog named Rosie.

Rosie's family is seeking punitive damages against the officers and other expenses related to the trial and general damages the family said they suffered over the loss of the dog. Damages sought exceed $10,000; a $600,000 civil claim had been filed against the officers in July.

In November 2010, police officers used a stun gun on the dog, then shot and killed the 120-pound Newfoundland. They had responded to a call from a concerned neighbor that the dog was loose and might get hit in traffic.

Rosie made it to a neighbors yard and hid in the bushes. When police arrive they said she showed her fangs and growled at them and that's when they shot and killed her. Witnesses said that the dog "was just sitting there" when she was shot. The shooting sparked a community vigil for the dog and an independent review of the officers' actions.

Although initial reports were that the dog was acting aggressively when she escaped from her fenced yard and was spotted roaming neighborhood streets, video taken from the patrol car dash-cams may cast the shooting in a different light.

The videos, released by Des Moines Police show the dog being tazed by an officer, then running away. In another video you  hear an officer fire his gun, presumably hitting the dog, then another officer saying "Nice."

The Des Moines Police Department conducted a review of the shooting review, but did not find any fault with the officers. But Rosie's owners and dog lovers said the police were out of line and that Rosie was cowering in fear when police shot her.

Ingrid Lyden, a dog breeder and member of the Newfoundland Club of Seattle, said Newfoundlands are gentle dogs and that there was a humane way to get Rosie home alive.

"Any dog that is scared is going to react a little differently. But once you had her in a yard where they were able to shut a gate, and that person was comfortable doing that, I think the recourse of the officers wasn't necessary," Lynden said.