Four humanitarian organizations, including Project South, Georgia Detention Watch, and Georgia Latino Alliance for Human Rights have filed a complaint against the Office of the Inspector General, the Department of Homeland Security, ICE, and the warden of the Irwin County Detention Center.

The complaints are based upon the word of a nurse who worked at the facility. She said immigrants and employees are not being protected against COVID-19 and she alleges unsafe work practices and inhumane conditions at the Irwin County Detention Center.

Dawn Wooten is a licensed nurse at ICDC who believes lives are at stake because she said the facility is not testing detainees or employees for COVID-19. The single mother of five said she got a strange response when she started inquiring about the contagious virus. 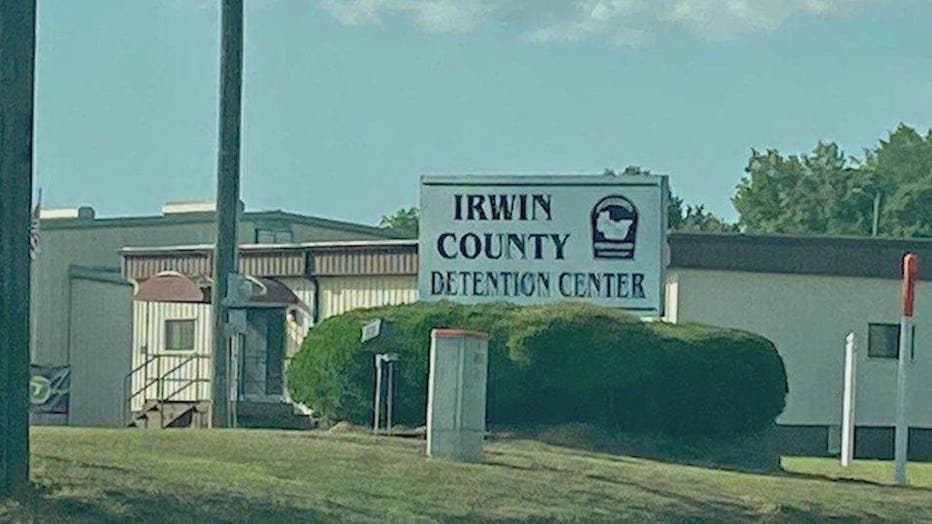 Ms. Wooten said she was demoted from full-time to "as needed" when she questioned the lack of COVID-19 testing and PPE equipment.

"You would have masks and no gowns, or gowns and no masks, or maybe no face shields," she complained.

If detainees reported a fever, nurses would put them on over-the-counter cold medication for seven days without testing them for COVID-19, she said.

Wooten said the facility declined to use two rapid-testing COVID-19 machines that ICE purchased for $14,000 each. No medical staff had been trained on them and she saw the machines used only once.

Even more disturbing are allegations of forced hysterectomies at the facility. Wooten spoke little about the hysterectomy allegation during the news conference on Tuesday, instead, focusing on her concerns that the facility wasn’t testing detainees for COVID-19, that the detention center wasn’t being sanitized, and that little protective equipment was available for employees.

The doctor is not named in the complaint, but lawyers who represent women at the jail said their clients have been taken to a local gynecologist named Dr. Mahendra Amin. Scott Grubman, a lawyer for Amin, said in a statement that he was confident the doctor would be cleared of any wrongdoing. Amin was previously accused by state and federal authorities of falsely billing Medicare and Medicaid in an investigation that led to a $520,000 settlement in 2015. 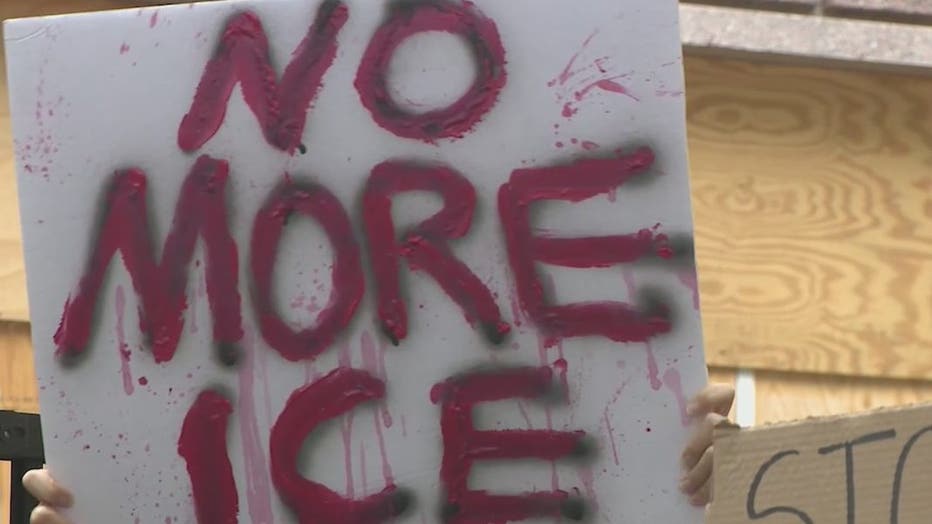 A protester holds a sign outside the Irwin County Detention Center. (FOX 5)

It was unclear to Wooten if women knowingly consented to the operations. She said nurses raised concerns about the doctor.

“Everybody he sees has a hysterectomy — just about everybody,” Wooten said in the complaint. “He’s even taken out the wrong ovary on a young lady.”

Amin’s lawyer, Grubman, declined to say exactly how many procedures he had performed, but said Amin would “vigorously deny” any allegations of misconduct.

“Dr. Amin is a highly respected physician who has dedicated his adult life to treating a high-risk, underserved population in rural Georgia,” Grubman said.

Also in the 27-page complaint, Wooten is quoted as saying she saw the sick call nurse shred a box of detainee complaints without looking at them and sometimes fabricated seeing detainees in person. She also said nurses ignored detainees reporting COVID-19 symptoms.

A top medical official with U.S. Immigration and Customs Enforcement released a statement “vehemently” disputing the claims, saying only two women have been referred for hysterectomies from the facility since 2018. It reads in part:

"U.S. Immigration and Customs Enforcement (ICE) does not comment on matters presented to the Office of the Inspector General, which provides independent oversight and accountability within the U.S. Department of Homeland Security. ICE takes all allegations seriously and defers to the OIG regarding any potential investigation and/or results. That said, in general, anonymous, unproven allegations, made without any fact-checkable specifics, should be treated with the appropriate skepticism they deserve.”

The facility in Ocilla, about 200 miles south of Atlanta, houses men and women detainees for U.S. Immigration and Customs Enforcement, as well as inmates for the U.S. Marshals Service and Irwin County. ICDC is operated by private prison company LaSalle Corrections. They have not released a statement regarding the accusations.

According to the official website, there are 43 confirmed cases of COVID-19 at ICDC, but critics said that number is woefully inaccurate because adequate testing is not being done.

Several Democratic lawmakers have since pledged to fully investigate the accusations.