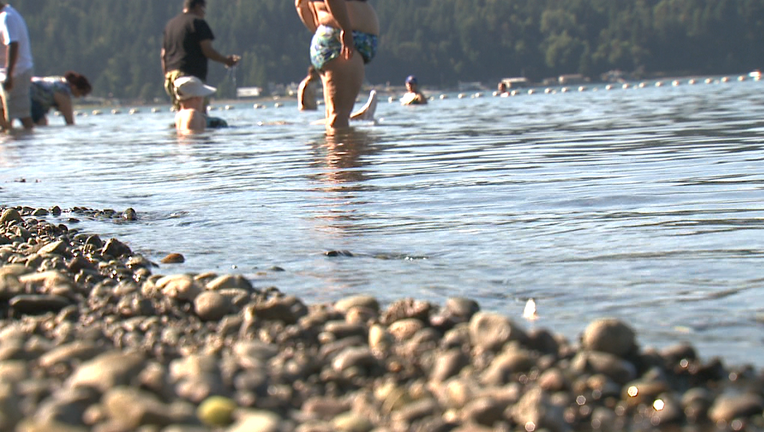 TWANOH STATE PARK, Wash. -- During the hottest week of the year, it’s hard to find relief. A lot of people head for the lake or Puget Sound.

But contaminated water has closed three beaches in Washington so far this month.

More than 200 have been sickened at Horseshoe Lake in Kitsap County, where water tests are now being sent to the CDC in Atlanta.

At Twanoh State Park on Wednesday, signs warning people not to swim because of the bacteria weren't keeping people out of the water.

"I’m not concerned about it," said Doug, one of many beach-goers willing to take a dip. One woman, who asked us not to show her on camera,  said she plans to spray her grandchildren down with a hose to keep them safe.

At Horseshoe Lake, it's not bacteria, but a virus that scientists are testing for. They believe it could be the norovirus, which causes stomach cramps, vomiting, and diarrhea.

Results from Horseshoe Lake and the waters at Hood Canal should be back by Friday. Until then, swimming remains off-limits, though that's clearly not stopping people from swimming.