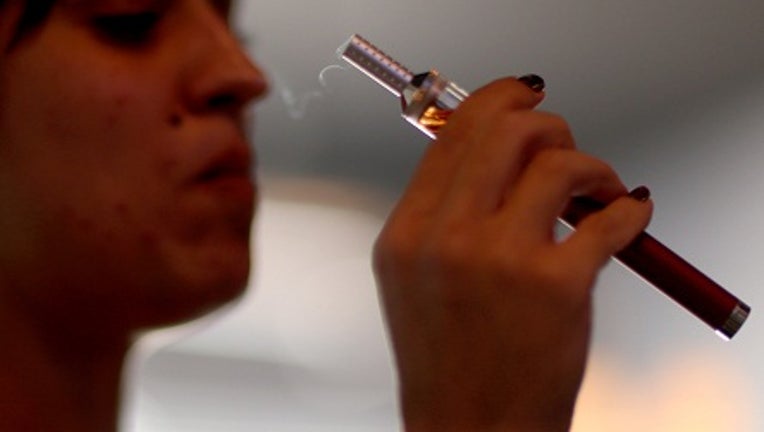 Yenisley Dieppa tries different flavors as she purchases an electronic cigarette at the Vapor Shark store on February 20, 2014 in Miami, Florida. As the popularity of E- cigarettes continue to grow, leading U.S. tobacco companies such as Altria Group

WASHINGTON (CNN) -- The Food and Drug Administration will propose sweeping new rules Thursday that will ban the sale of e-cigarettes to anyone under 18.

The Food and Drug Administration is making another attempt at regulating electronic cigarettes and other tobacco products.

When these recommendations are finalized following a 75-day public comment period, the age limit to buy the products is expected to be at least 18, although individual states could choose to set it higher.

Health warnings would also be required and the sale of the products in vending machines would be prohibited. Initially, the only health warning required for e-cigarettes would be about the potential for addiction to nicotine.

Manufacturers would be required to register all their products and ingredients with the FDA. They would only be able to market new products after an FDA review, and they would need to provide scientific evidence before making any claims of direct or implied risk reduction associated with their product.

Companies would also no longer be allowed to give out free samples.

After the public comment period and once the proposed rules are finalized, manufacturers will have 24 months to submit an application to allow their products to remain on the market or submit a new product application.

E-cigarettes deliver nicotine to the user as a vapor. They are usually battery-operated and come with a replaceable cartridge that contains liquid nicotine. When heated, the liquid in the cartridge turns into a vapor that's inhaled.

Most look like cigarettes, cigars or pipes, but some resemble pens or USB memory sticks. Because they have not been fully studied, the FDA says it's unknown what health risks they pose, how much nicotine or other chemicals are actually being inhaled or whether there is any benefit to using them.

Last year, the Centers for Disease Control and Prevention reported that the percentage of high school students who reported ever using an e-cigarette more than doubled in one year, from 4.7% to 10% between 2011 and 2012.

"It's really the wild, wild west out there," says Margaret Hamburg, FDA commissioner. "Because e-cigarettes are increasingly in the marketplace. They're coming in different sizes, shapes and flavors in terms of the nicotine in them, and there's very worrisome data that show that young people in particular are starting to take up e-cigarettes, especially the flavored ones and that might be a gateway to other harmful tobacco products."