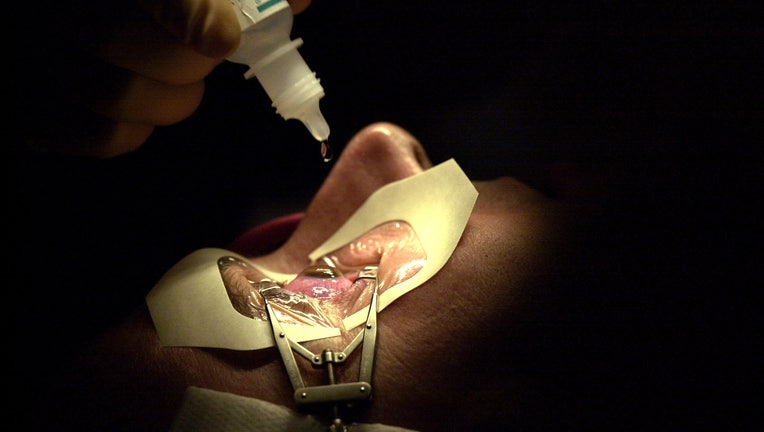 The federal agency has issued a 25-page draft report outlining how doctors should better inform patients about the potential for double vision, dry eyes, poor night vision, eye pain and other side effects after LASIK surgery.

But eye doctors who’ve been successfully doing the procedures for 25 years say they’re already trained to give patients a "balanced discussion" on the benefits and risks. Doctors also say the draft doesn’t reference the government’s own studies about how safe and effective the procedure is.

What is LASIK surgery? 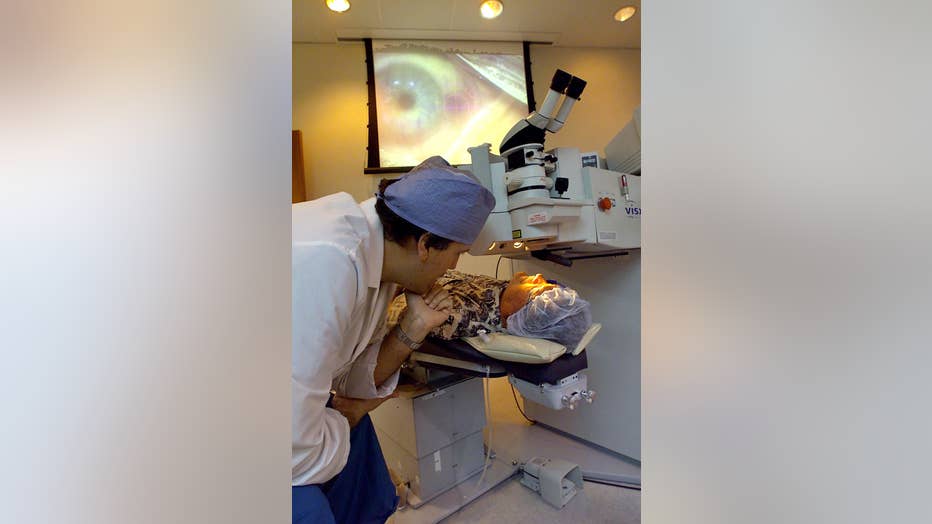 LASIK eye surgery involves a cutting laser that changes the shape of the tissue in the front of your cornea to improve poor vision, according to the Mayo Clinic.

It’s used to correct conditions including myopia (nearsightedness), hyperopia (farsightedness) and astigmatism, which impacts both near and distant vision.

The procedure is designed to replace contact lenses and glasses, though the FDA draft warns that you may still have to wear glasses even after having LASIK surgery.

READ MORE: Study: 7.4 million patients are misdiagnosed in US emergency rooms each year

Dr. Vance Thompson, incoming vice president of the American Society of Cataract and Refractive Surgery, is one of many doctors who take issue with the draft guidance.

"There are important risks and side effects that are well-understood, as with any procedure, but one of the main reasons it was deemed safe and effective is a lot of these things get better with time," he told FOX TV Stations. "We have wonderful tests to be able to show us if the patient is a good candidate for LASIK."

What are the benefits and risks of LASIK surgery? 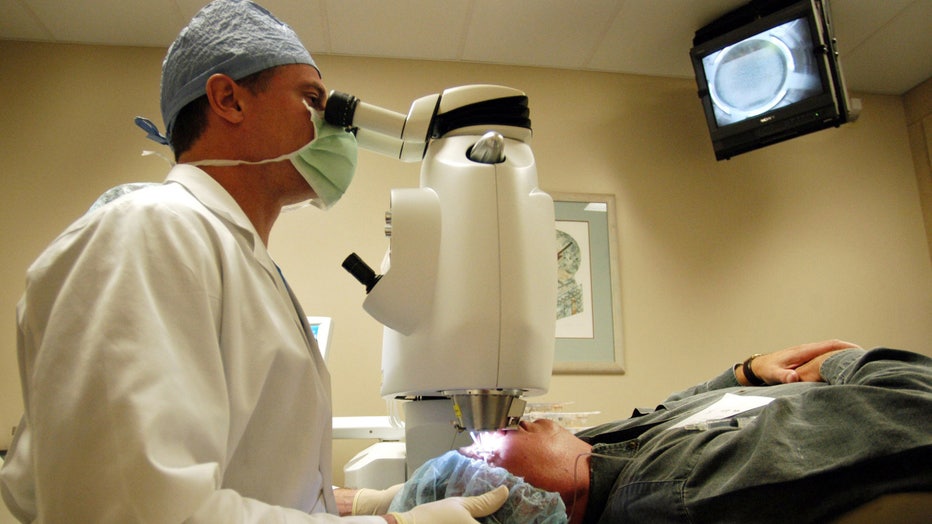 According to the FDA, the risks of LASIK surgery include:

What the draft guidance is lacking, Thompson said, is information on the benefits of LASIK. Most people come out of LASIK with 20/20 vision or better, according to the Mayo Clinic, and the majority of LASIK patients are satisfied with their surgeries.

Thompson said the draft includes claims that "aren’t evidence-based," and they can needlessly scare people when they don’t take into account each patient’s individual situation.

"We just think that when we talk about balance, it’s important to not only mention the risks, but mention its advantages and put them in perspective," Thompson said. "The well-documented studies on the safety and efficacy, it’s not in here.

"What we basically asked the FDA to do is withdraw the document, and if they want to carry forward with it … to work with us, to re-examine current patient-education materials, and identify opportunities that may improve patient education about LASIK procedures," Thompson continued.

What do patients say about their LASIK experience? 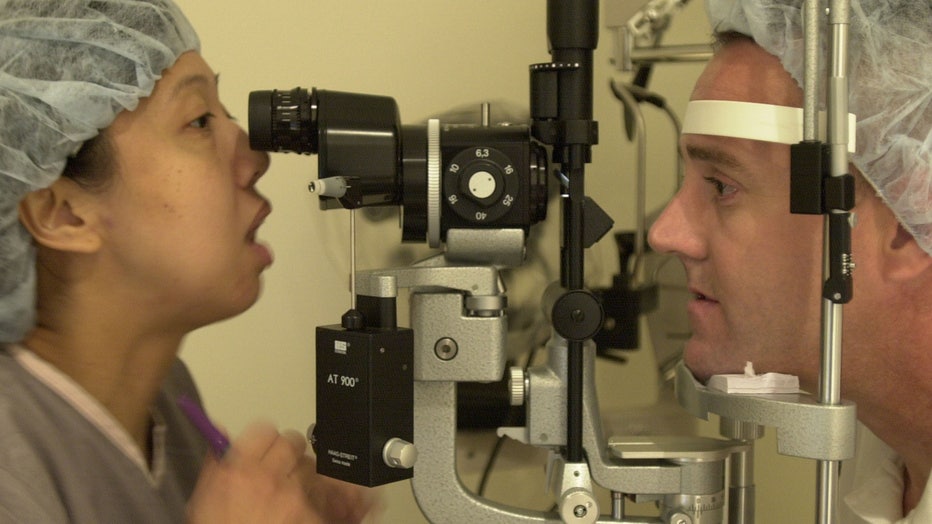 Nearly 700 people have submitted comments on the FDA draft guidance since it was issued in July.

The comments are a mixed bag of satisfied and dissatisfied LASIK patients, as well as doctors who say the FDA’s report is biased and "based on the premise that LASIK devices approved by the FDA are unsafe and unreliable in the hands of duly certified and licensed physicians."

Here’s what one patient had to say about their experience:

In January of 2019 I went to one of the "top 10" lasik surgeons in the US, (or so I was told) who told me that I was the perfect candidate for Lasik. I followed all post-op instructions to a T. I never saw 20/20. I immediately began experiencing severe light sensitivity, so intense that I had to sit in a dark room or wear a blindfold. This severity lasted almost a week. Almost 4 years later I still have light sensitivity issues, although it is mild. Within a week of my surgery I started experiencing severe pain in my right eye. By day 10 after surgery the flap in my left eye became detached. Within the first month following surgery this flap became detached 3 times. It was only after I went to a corneal specialist, who placed an amniotic membrane on it, was it finally able to heal. The pain I was experiencing in my right eye within days after surgery continued to grow. After a month of this pain I was finally diagnosed with an infection that was triggered by the surgery.

Because of lasik I was blind for 3 months, and although I am "recovered" I have permanent damage. I have double vision in both eyes, significant dry eyes, tons of floaters, and very poor night vision.

If I was properly informed that I could have experienced these complications I would have never had lasik. I have made a lot of mistakes in my life, but only 1 that I would change if I could. I wish I never had lasik. It ruined my vision, and I almost took my life because of it.

Others, however, shared a much different story:

The outcome of the procedure was better than my expectations. It was a very successful surgery for me, especially being able to see 20/20 within the next day and now. It has been 3 plus years now and my vision is so much better than when I use to wear contacts or glasses. It is so much easier getting up in the morning and being able to see my clock, plus getting my makeup on every morning, driving to work and many more daily tasks. Also, being able to travel and not having to worry about packing extra lenses in case one of my contacts had a tear, now I don't have to worry about these types of things.

I had an amazing experience with receiving Lasik surgery, I would do it all over again. I hope everyone that is wanting to get Lasik choses to get it & enjoy all the benefits like I have.

The agency said it will weigh these comments when preparing the final draft.