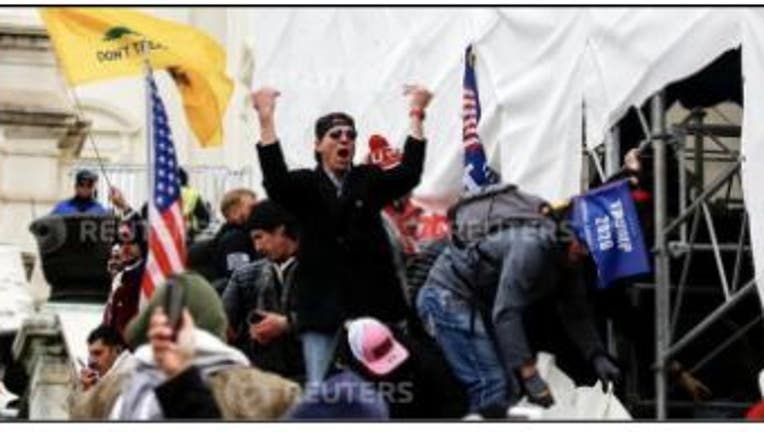 Ryan Kelley photographed at the U.S. Capitol on Jan. 6, 2021. Image via FBI complaint.

(FOX 2) - Ryan Kelley, a Republican candidate for Michigan governor has been arrested by the FBI.

Federal law enforcement took Kelley into custody Thursday and were reportedly searching his west Michigan home in Allendale, a spokesperson confirmed to FOX 2.

Charging documents unsealed Thursday showed Kelley was charged for his involvement in the Jan. 6 insurrection. He's expected to be in court later Thursday.

Ryan Kelley, a republican running for governor in Michigan, was arrested Thursday for his involvement in the Capitol riot on January 6, 2021.

After a chaotic primary season for the Republican race for governor, Kelley's arrest is sure to throw even more uncertainty into the election which has already seen its fair share of controversy surrounding its candidates.

Kelley managed to submit enough valid signatures to qualify for the race, something that five other candidates failed to do so last month.

Read up on updates from the Jan. 6 Insurrection here

In unsealed court documents, a criminal complaint against Kelley that was signed June 7 charged him four counts, including unlawfully entering a restricted building, disorderly conduct, engaging in physical violence against person or property, and willfully committing depredation against U.S. property.

A statement of facts from the FBI details several images of Kelley at the U.S. Capitol. In some examples, he is shown waving his hand and encouraging the crowd behind him to move toward the building.

Kelley, who works as a real estate broker out of Allendale, made news in January when he was filmed urging poll workers to unplug voting machines if they suspect voter fraud.

Lavora Barnes, the chair of the Michigan Democrat Party, said the GOP's candidates' "callous disregard" for rules was "on full display" Thursday. 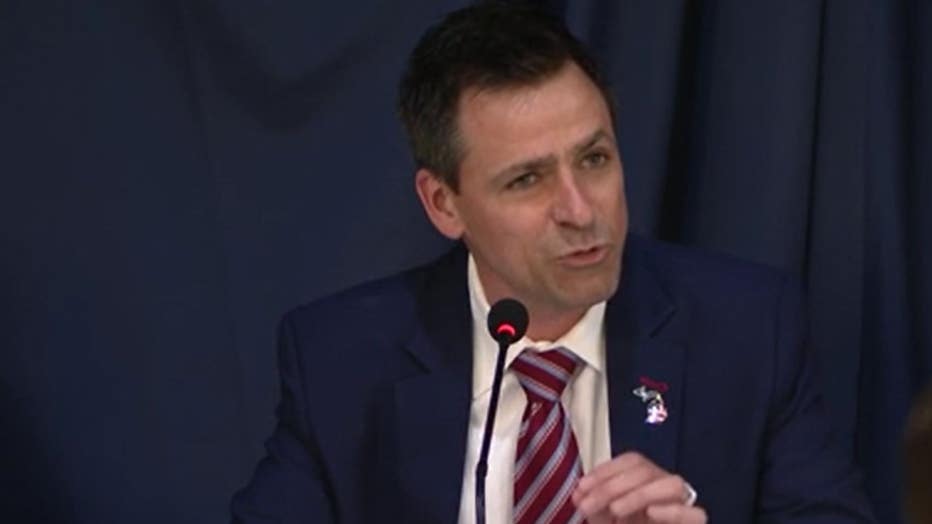 "Tudor Dixon, Garrett Soldano, Kevin Rinke, and Ralph Rebandt have equally shouldered the same baseless lies about 2020 that spurred Ryan Kelley to storm the capital in search of war," she said. "Michiganders won’t forget the role they played in dismantling public trust in democracy."