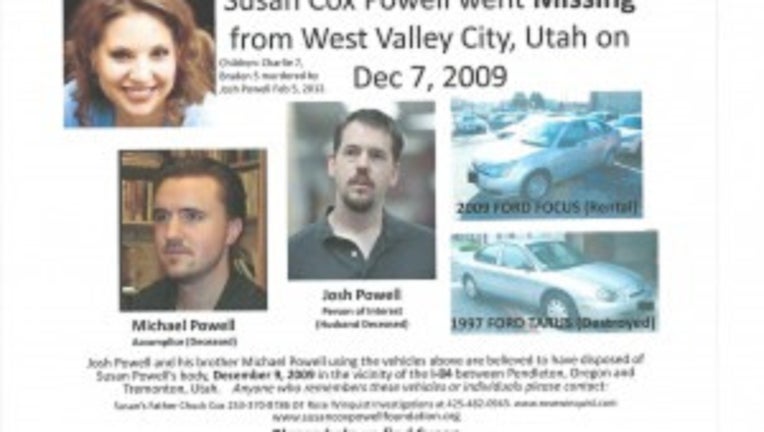 PENDLETON, Ore. -- Chuck Cox, father of missing Susan Cox Powell,  handed out fliers Monday in the Pendleton, Ore., area and along the I-84 corridor – seven days after  Utah police ended their active investigation of her 2009 disappearance.

Cox and his daughter Denise handed out fliers showing the Ford Focus that Susan’s husband, Josh Powell, rented and the Ford Taurus that belonged to Josh’s brother, Michael Powell, in hopes someone spotted either vehicle in December 2009, when Susan vanished.

Cox said he and his daughter are headed to Idaho on Tuesday to continue their trek along the interstate to look for Susan.

Pendleton is where Michael’s Taurus broke down and he sold it to a salvage yard.