LYNNWOOD, Wash. — The father of a 19-year-old man who admitted to drowning his 6-year-old nephew and leaving his body in a dumpster is in disbelief.

The suspect, from Kerrville, Texas, who had been staying with the Washington state family for about a week was booked into the Snohomish County Jail for first-degree murder.

Henckel said that before Tuesday he was not aware of any problems.

"My daughter told me they both connected very naturally. That's what I was told. I've been talking with them every day since, during the week that he's been there, and there were zero problems," Henckel continued.

The 19-year-old suspect and the 6-year-old victim both have autism, according to the family.

“My autistic son, who would never hurt a fly, has been sequestered since last night by the police. Apparently, they evoked a confession from him. He had no lawyer present. No family present."

The body of Dayvid Pakko was found early Tuesday at the apartment complex where the boy's family lived in the 15700 block of 44th Ave. W in Lynnwood, Washington, according to the Snohomish County Sheriff’s Department.

During questioning, the unidentified suspect admitted to filling a bathtub and holding the child under the water, according to authorities. After several minutes, the 19-year-old allegedly changed his clothes, wrapped Dayvid in a blanket and placed him in a cardboard box which he took to the dumpster.

The official cause of death is still pending.

Detectives, Search and Rescue personnel and volunteers began the search Monday night for the  6-year-old boy with mild autism. 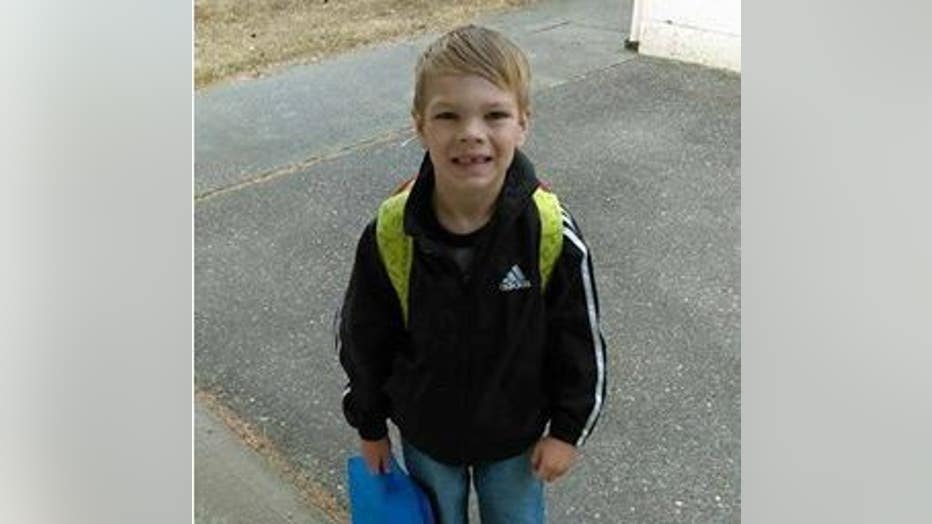 Dayvid was last seen in his apartment around 2:30 p.m. Monday and was reported missing at 5 p.m., Ireton said. There was an adult inside the apartment at the time.

More than 40 volunteers helped with the search.

Ireton had asked people who live in the area to turn on their outside lights and look to see if the boy might be hiding in their bushes or around their home.

Neighbors who helped search for the boy say they are also looking for answers.

"I don’t want to ever feel what I am feeling again because it's horrible what’s happened," said neighbor Anthony Micallef.

Outside Beverly Elementary staff members put a message of mourning on the announcement board.

A memorial of flowers and candles has been growing outside of the Bristol Square apartment complex.

RELATED: Talking with your children about tragedy and loss