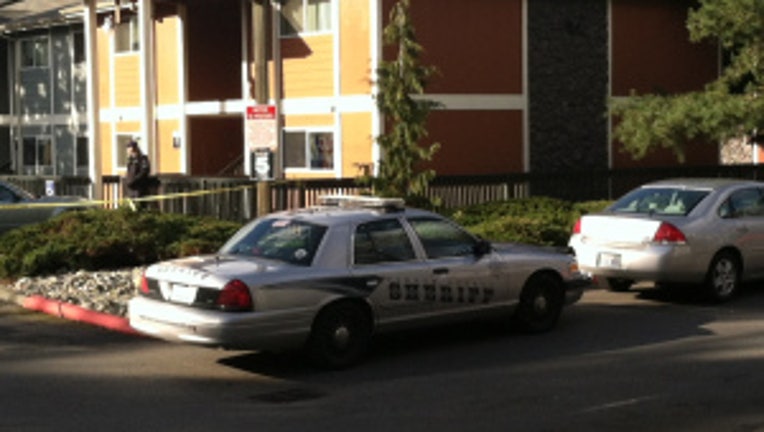 TACOMA -- A 26-year-old man was charged with killing his daughter by suffocation in a failed murder-suicide attempt that left residents a Tacoma apartment complex reeling Wednesday.

Salvador Sanchez-Orozco was charged with first-degree murder Tuesday in Pierce County Superior Court for squeezing his 2-year-old daughter to death Wednesday morning. He is scheduled to be arraigned in court at 1:20 p.m.

Sanchez-Orozco was arrested at the Woodmark apartment complex around 12:30 p.m. Wednesday in the 2000 block of 96th Street South. Police said they found him hanging with a rope around his neck and oxygen cut off, his dead daughter lying nearbye.

Police believe the daughter was killed out of spite for the mother.

"The defendant murdered a child he's supposed to protect," said prosecutor Mark Lindquist. "This is domestic violence at its worst, killing a child to punish the mother."

According to police, Sanchez-Orozco and his wife had been arguing on and off for weeks. He was involuntarily committed earlier this month after trying to strangle himself with a dog leash.

The mother and daughter moved out of the house, but Sanchez-Orozco would still periodically visit his child. It was during one of these visits that he strangled his daughter and again tried to kill himself. He allegedly left a suicide note saying he was going to kill himself and "take my daughter," with him.

If convicted, Sanchez-Orozco could face life in prison.