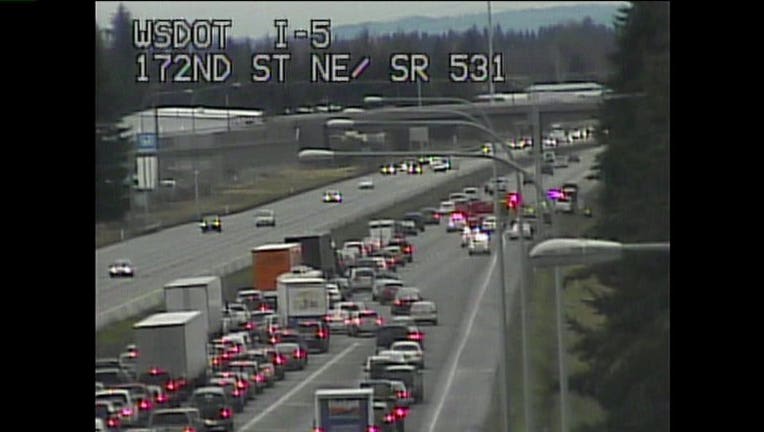 SNOHOMISH COUNTY -- One person was killed in a collision involving a car and a pedestrian Saturday morning on I-5.

Trooper Mark Francis said this appears to be a tragic accident. The victim's father stopped on the shoulder to secure a load while his adult son waited in the car. Then another car came over and struck the victim.

WSP said the driver did was not believed to be impaired.

No further information was released.