SEATTLE -- Have a hankering for a Big Mac? You may be out of luck Thursday as a nationwide fast-food worker strike is slated to hit a number of cities, including Seattle.

In a post on the AFL-CIO website, the one-day strike is part of fast-food workers ongoing battle to attain higher wages. They are requesting a living wage of $15 an hour and the right to unionize without retaliation.

The workers movement launched in November as a few walkouts that quickly gained momentum. In May, workers from a bevy of fast food restaurants around Seattle hit the picket lines, joining a citywide protest against workers’ lack of living wage and the right to organize. Fast food workers from Taco Bell, McDonald’s, Burger King, Subway and other national fast-food outlets located walked out of their job early or took a break from work to protest.

The workers united under a call to “Strike Poverty — Raise Seattle,” hoping to build a sustainable future for fast food and other low-wage workers, officials said. The movement is part of Good Jobs Seattle, an organization hoping to turn poverty-wage jobs in all industries into viable, decent paying careers.

According to Good Jobs Seattle, the median hourly wage for food service workers is $9.50 an hour, one of the lowest-wage jobs in the city. Fast-food workers also only work an average of 24 hours a week. 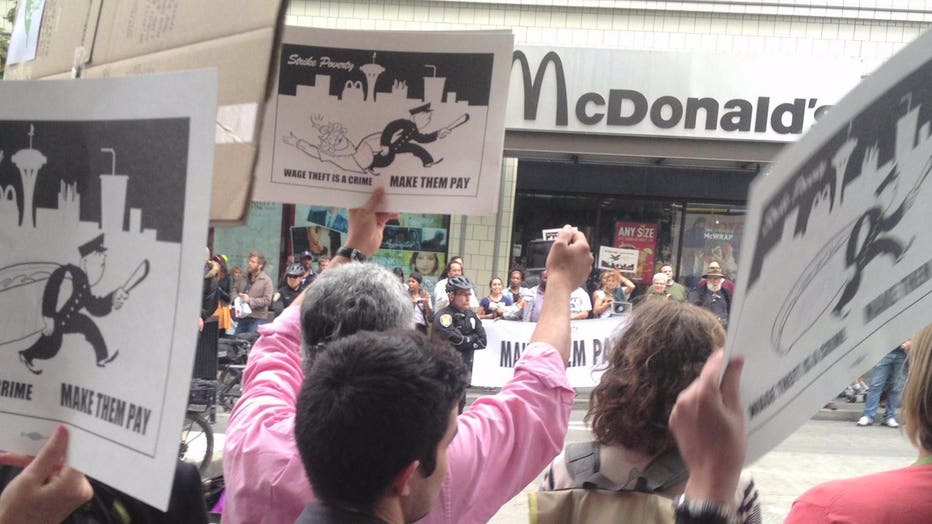