As Tuesday marked National Missing Children’s Day, the Washington State Patrol says 9,979 juveniles were reported missing in Washington state in 2020 - down sharply from more than 14,000 in 2019.

Fewer adults were also reported missing down from 4,432 in 2019 to 4,249 but now, the King County Sheriff's Office says it is seeing a spike in the number of adults who have disappeared during the pandemic.

One of those is 28-year-old Precious-Grace Tago.

Her family is desperate for any information and says until she vanished, Precious was never far from her kids.

"Our family wants her to come home. We just hope and pray she’s safe."

The King County Sheriff’s Office says the last confirmed sighting of her was July 18, 2020 in Tukwila.   Tabitha Ativalu says the last time she heard from her little sister, Precious, sent her texts that she feared for her life.  That was on June 19th.  Then, on July 25, 2020, Precious texted a friend to say she couldn't meet up as they had planned.   There has been no contact with her since then.

Her family thought Precious was just off doing her own thing but when Christmas came and went with no sign of her, they reported her missing in January.

That is not unusual. King County Sheriff’s investigators say many people wait to file a missing person’s report, which makes it harder to locate them.

Zoe Birkbeck is a 911 Communications Specialist at the King County Sheriff’s Office.

"A large or well-known misconception is from TV shows where they seem to think you have to wait 24 hours in order to report a missing person which is absolutely not the case," Birkbeck said.

In fact, time is crucial especially if someone is making threats to hurt themselves or if they could be a victim of foul play.  If possible, be ready to share as much detail as you can.

"Name, date of birth. Most importantly as well, their last location, and when they were last seen. That sort of starts the search for our missing person’s unit," Birkbeck said.

A specially trained call taker like Zoe will run down a list of questions - asking about their physical description, recent changes in mood or behavior.

"Tell us who they are and why we need to be as concerned about them as you are," Birkbeck said.

And, don’t hold back with any of the more sordid details of their life to try to protect their reputation.  The riskier the lifestyle, the higher their case is prioritized to find them and get them help.

As King County’s missing person’s investigator, Jan Gregory says every case is different. Many recent missing persons cases involve people using drugs like fentanyl and meth who don’t want to be found. She locates others in jail or even prison and then there are the mysteries - the most concerning cases - like the search for Precious-Grace Tago.

"I understand that not knowing is the hardest thing when it’s someone you love and even if it’s bad news, I want to give them an answer," said Gregory.

The challenges she faces are great - cell phone companies won’t give law enforcement information. Despite what people think, they can’t ping a phone to find it unless they can show proof of foul play to a judge.

Runaway teens can be especially difficult since it is not illegal. Gregory urges parents to make sure they have a tracking app on their kids’ cell phone that is active and that you can access.

"I like parents checking what their kids are doing online, repeatedly, we’ve had kids that the parents had no idea who their kids were contacting and they were not contacting the right people," she said.

When a teen or adult goes missing, she says social media posts are helpful but says to only include: a photo of the missing person, a physical description, the law enforcement agency that the case is filed with, and a plea to dial 911. Never put your own number on the poster and do not ever list the missing person’s date of birth - that puts them at risk of identity theft.

Tabitha says they’ve done all of that and refuse to give up hope that they will find Precious - knowing it only takes one good tip to bring her home.

"As a family, we stick together and we pray because there is nothing else we can do. We don’t even know where to look.

Precious-Grace Tago is 4'11" and 130 pounds. Keep a lookout around West Seattle and Burien. 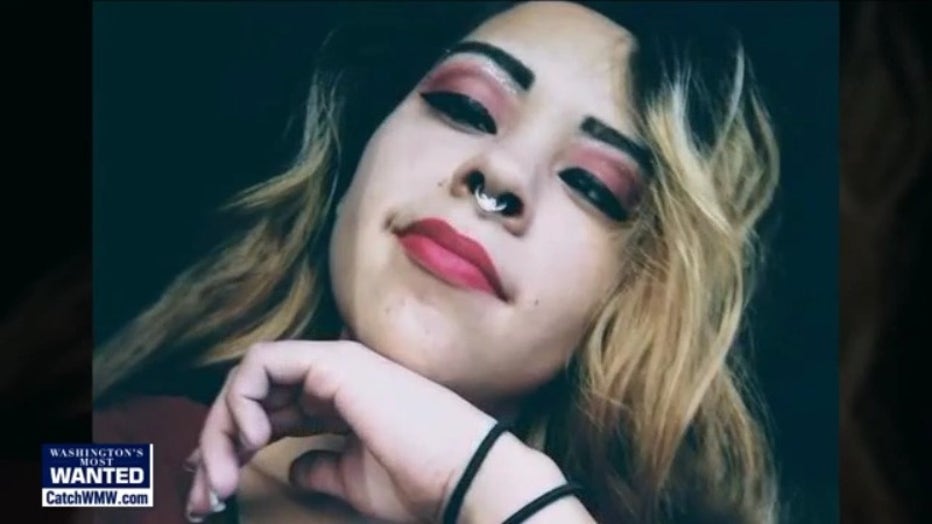 If you have any information that can help find her, you can remain anonymous when you submit a tip to Crime Stoppers of Puget Sound through the P3 Tips app on your cell phone or you can call the King County Sheriff's non-emergency line at 206-296-3311.