SEATTLE - The family of a man who died of a heart attack last year has filed a $10 million lawsuit against the City of Seattle.

The lawsuit argues William Yurek may still be alive today if medics had been allowed to enter his home sooner. When they were called to his house Nov. 21, 2021, they noticed his Seattle address had been on an outdated "blacklist" of places where EMTs could not enter without a police escort. The lawsuit says 13 minutes passed between the time medics arrived, and when they finally entered the home to begin aid.

The 911 calls from Yurek's 13-year-old son illustrate how the boy was trying to get someone into the home to save his father's life.

When the dispatcher answers the phone the first time, William's son says, "My dad is not okay. I don’t know what’s going on. He’s hurt."

The boy sounded the alarm after Yurek started having chest pains and trouble breathing.

"He’s hurt. I need the ambulance," his son told dispatchers. 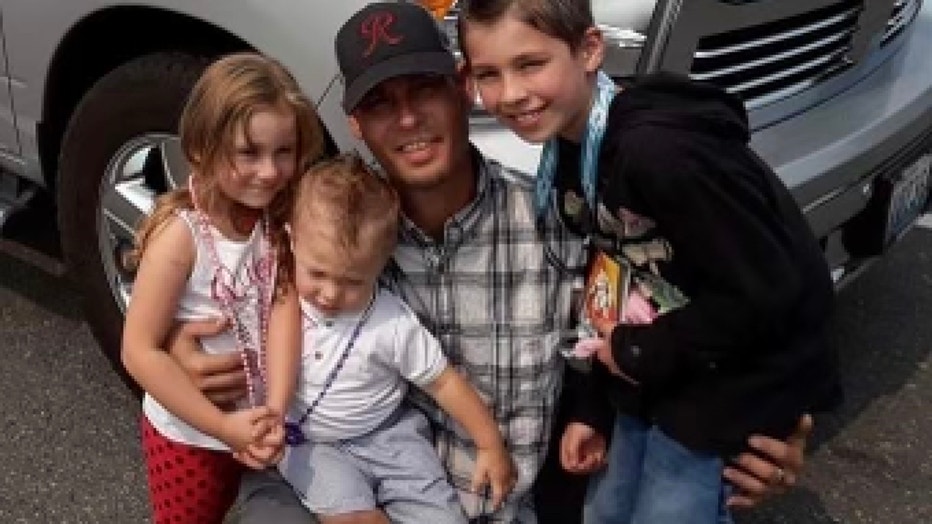 The family's attorney, Mark Lindquist, said it only took emergency responders six minutes to get to the home. However, in the claim, he states they, "did not enter the residence because they were told to wait for a police escort."

On the 911 recordings, dispatchers begin telling Seattle Police officers that the address was on the list. The dispatcher says, "We do have a caution note that the unit has a history of threats and needs to be accompanied by you to the scene."

Lindquist says the previous occupant, identified as a combative person, no longer lived in the unit and the address should have been removed from that list.

While the medics were waiting, Lindquist said the teen phoned 911 again in a gut-wrenching call.

"It’s the same guy again. My dad, I can’t tell if he’s breathing. If he is, he’s barely breathing."

The dispatcher responds, "Do you need medics?"

William's son says, "I think they are already coming over. I just need them to hurry."

"Because Mr. Yurek's son called a second time, the medics decided they could not wait anymore for police," said Lindquist.

Lindquist says medics did go in and attempted to save his life. Police arrived a few minutes later.

"The family is grateful for the medics who tried to save Will's life," said Lindquist. "They understand the city is to blame. Will's young son did everything right. The city did not."

Lindquist said 13 minutes passed between the time medics arrived and when they finally entered the home to begin aid.

According to the lawsuit, medical experts "believe Yurek's chances of surviving diminished seven to ten percent every minute medical aid was delayed. Further, experts believe he had a very good chance of surviving if medics had administered aid as soon as they arrived."

The caller's sister, Brooklyn, said her younger brother was very scared and did the best he could to convince them to help their dad.

"He’s never made a 911 call before, so that’s scary in of itself, on top of it being your dad. There is nobody else to go to," said Brooklyn.

Brooklyn believes he may still be alive today if police had arrived sooner, or the list had been updated.

"If they would have updated it, we wouldn’t be here today," she said.

"When you are keeping a list that people’s lives depend upon, it needs to be updated and accurate," said Lindquist.

Brooklyn is holding onto what memories of her dad that she can.

"He taught me how to ride my bike and tie my shoes," she said. "He was very big into art and that’s where I get all my artistic ability from. So, I always cherish that."

She also wants a formal apology from the city and a change in how the city manages that list.

"Apologizing and acknowledging that their city is failing, and they failed to update their records and one of their citizens died … I hope everyone is more aware that this list exists, and they could be on it," Brooklyn said.

FOX 13 has previously reached out to Seattle Police for comment. A spokesperson for Seattle PD responded saying the department does not comment on current litigation.