TACOMA, Wash. -- Police in Grays Harbor County on Monday were expanding a search for a driver who they say backed his pickup truck over two men at a campground, killing one and injuring the other.

One of the victims, a 20-year-old, lost his life on his birthday.

Q13 News reporter spoke with his devastated family at Tacoma General Hospital. The family is still reeling after a long weekend of worry and heartbreak.

The family was taking care of final affairs at the hospital where Jimmy Smith-Kramer died Sunday night, and knowing that his murderer is still on the run.

"Coward," said Cory Smith, the uncle of Smith-Kramer. "Coward, that's it. How could someone do this? I just want justice -- justice for them both."

The sheriff's office said a man in a pickup truck came through at the Donkey Creek Campground around 1:30 a.m. Saturday and began doing "doughnuts."

"At one point, the vehicle started driving even more reckless and appeared to some of the witnesses on scene that he was actually attempting to run them down," said Grays Harbor County sheriff's Lt. Brad Johansson.

Anderson was able to leave the hospital Sunday.

For Cory, it's been more than a decade that he's been Smith-Kramer's primary caretaker -- since Jimmy was the age of 4.

The Grays Harbor County Sheriff's Office said the suspect vehicle is believed to look like this photo below (This is not the actual vehicle): 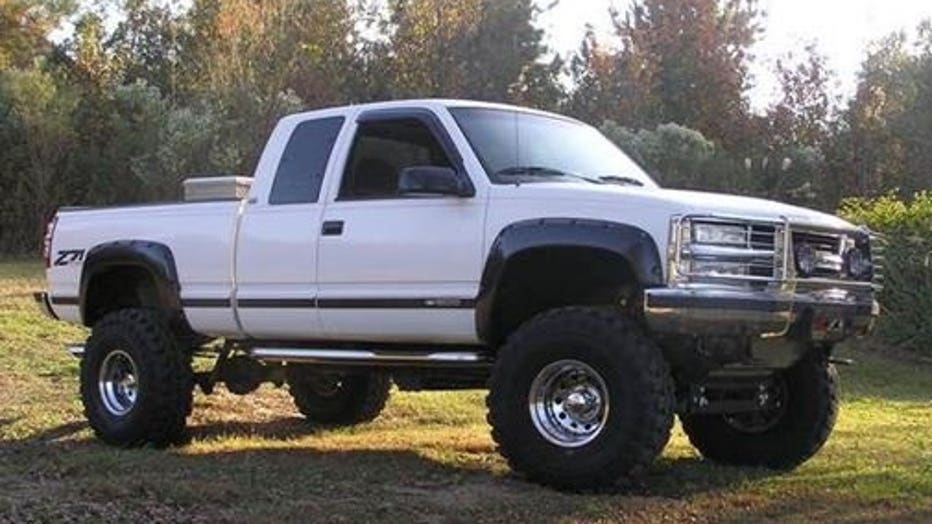