One family hopes sharing their story will finally bring closure and answers after their father was shot and killed in Tacoma.

TACOMA, Wash. - One family hopes sharing their story will finally bring closure and answers after their father was shot and killed in Tacoma.

On March 14 around midnight, Tacoma police reported that somebody shot and killed a 48-year-old man outside of a business along Portland Avenue.

"I got a call on the phone, from my mom in the morning, and she just she told me, obviously, she just said, 'your dad's gone,'" said Kenny Jones.

Jones says it was his father, Michael Jones, who was killed.

Jones says his father had a big heart and would do anything for anyone. He says Michael Jones was not just a father, but a grandfather too.

Now, his family is dealing with two tragedies.

"They haven’t found whoever got him, and that's even more of a hole because it’s like no justice," said Jones’ daughter Andrea Johnson.

Jones’ children say they are sharing their story to hopefully bring their family closure.

So far this year, Tacoma Police report 13 homicides. According to the numbers, that is a 62.5% increase compared to the same time period in 2021. 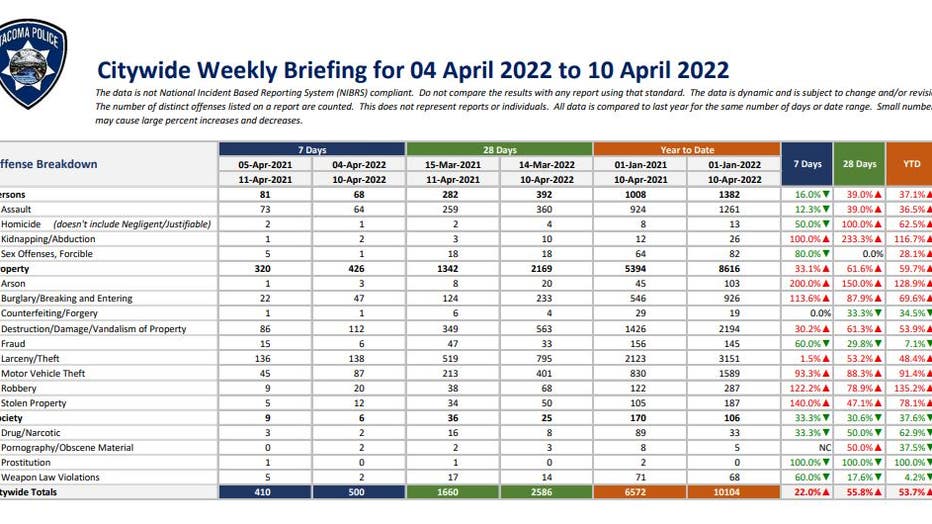 Tuesday, Tacoma Police Chief Avery Moore presented a plan to crack down on the increasing crime in the city.

Tacoma Police say they are still investigating the March 14 shooting. However, they do not have any new details.

There will be higher visibility of officers throughout Tacoma to help crackdown on crime and violence.