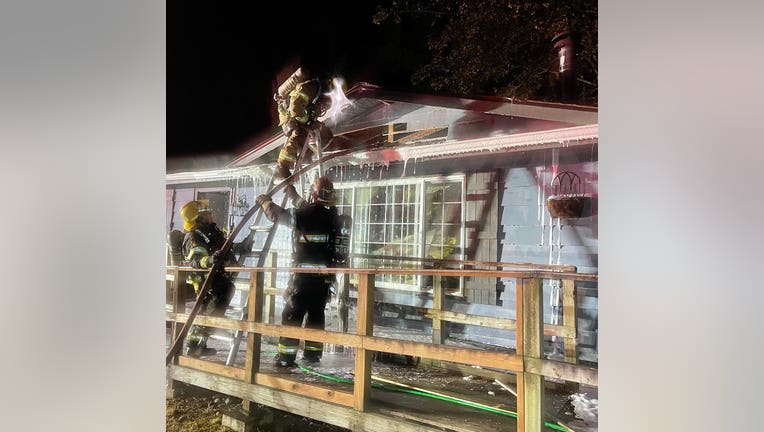 Just after midnight, crews with Central Pierce and Graham Fire departments responded to a report of a fire in the 24400 block of 34th Avenue Court.

When crews arrived, the fire had had extended from the porch throughout the attic space.

Officials said the family inside the home was alerted by the smoke alarms and they escaped.

Firefighters went inside the home to rescue the family's dog, who was hiding under the bed.

The cause of the fire is unknown and under investigation.