SpaceX successfully launched a Falcon Heavy rocket from Kennedy Space Center in Florida for the first time in three years on Tuesday morning.

SpaceX launched the world's most powerful rocket at 9:41 a.m. using more than 5 million pounds of thrust to rise above the dense fog and into the blue sky.

Inside the Falcon Heavy fairings, or nose cone, was the U.S. Space Force spacecraft known as USSF-44.

Ahead of the launch, forecasters with the Space Force 45th Weather Squadron predicted a nearly perfect morning for liftoff with a 90% chance of favorable liftoff conditions.

Dense fog surrounded the Kennedy Space Center launchpad 39A and the rocket Tuesday morning. Still, fog is not a launch weather constraint and the countdown continued without issue.

If you missed it, you can re-watch the launch and double booster landing at the top of this story. 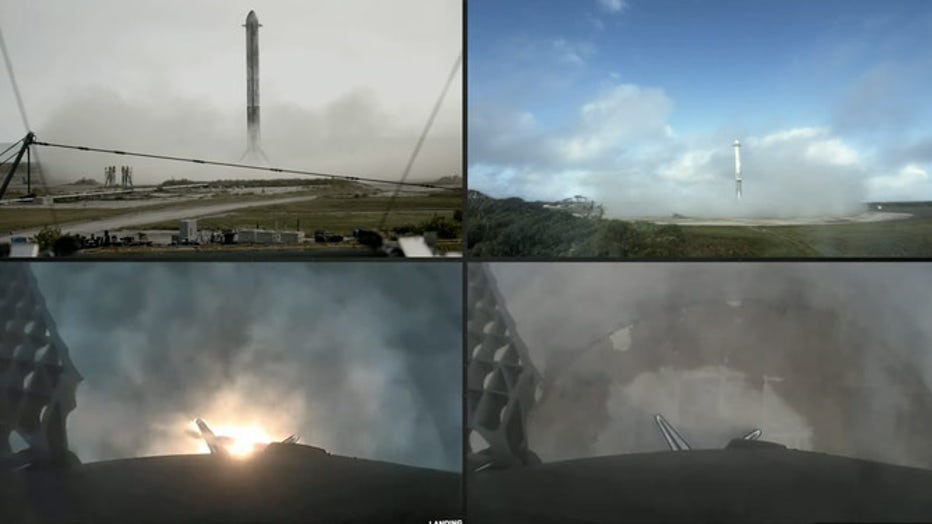 Officials with the Space Force's Space Launch Delta 45, which oversees the Eastern Range, warned people in the Central Florida region they might hear the rumbling sonic booms on Tuesday morning after the rocket's boosters land at Cape Canaveral.

As the boosters came back down, they break the sound barrier, sending shock waves – or sonic booms – that can be heard from Kennedy Space Center as far inland as Orlando.

The boosters returned to land about 8 minutes after launch. However, the rumble of the landing took even longer to reach areas farther from the landing site.

What is Falcon Heavy launching? 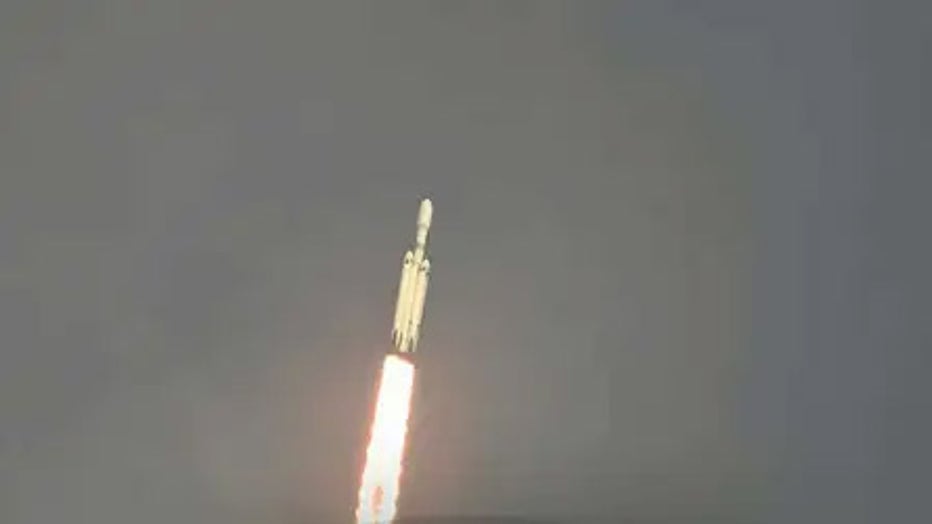 The U.S. Space Force contracted SpaceX to launch the USSF-44 mission. It marks the first national security mission for the Falcon Heavy.

According to the Space Force, the spacecraft has multiple payloads designed to test space technology for future programs.

"The Falcon Heavy is an important element of our overall lift capability, and we're very excited to be ready for launch," Program Executive Officer for Assured Access to Space Brig. Gen. Stephen Purdy, said ahead of launch. "Every national security launch brings important capabilities to the nation, and investments in space capabilities increase the effectiveness of operations in every other domain – the U.S. military is better connected, more informed, faster and precise because of space."

The Falcon Heavy is currently the most powerful rocket in the world and can launch heavier payloads than SpaceX's workhorse rocket, the Falcon 9. A Falcon Heavy launch is a unique experience to see in person.

SpaceX lands its rocket boosters on land and at sea to reuse the hardware, driving down the cost of launches by millions of dollars.

With three boosters, the Falcon Heavy's first stages perform a choreographed aerial ballet in the sky to return to Earth. One booster can land at sea on a drone ship, and two boosters head back to Cape Canaveral to land at Landing Zone 1 in near-perfect unison.

For the USSF-44 mission, only the two side boosters returned for landing.

LINK: GET MORE ON THIS STORY FROM FOXWEATHER.COM