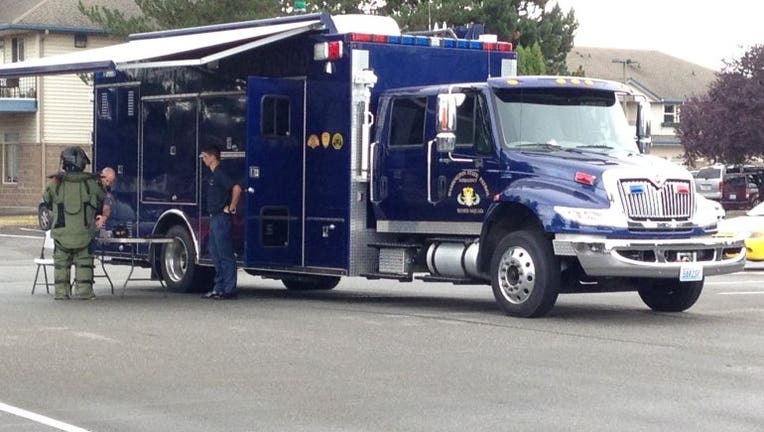 A Marysville Custody Officer found the messenger bag sitting outside of the court around 8:45 a.m. After looking inside, the officer called for the evacuation of the court.

Marysville police called the Washington State Patrol Bomb Squad to the scene. The squad used a robot to detonate the package a few hours later.

Police said a device inside the bag was made to look like a bomb. Officers are investigating.

The courthouse was closed for the morning calendar but reopened around 1:15 p.m.