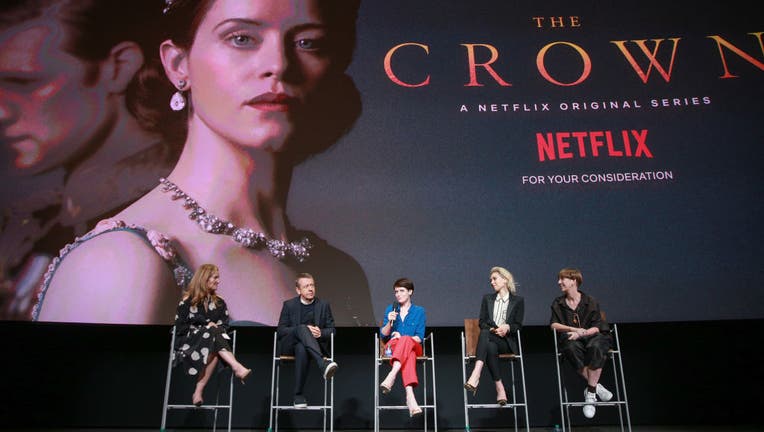 LONDON - Britain’s culture minister thinks the Netflix TV series “The Crown” should come with a disclaimer: It’s a work of fiction.

Culture Secretary Oliver Dowden weighed in amid criticism of the historical liberties taken by the drama about the British royal family.

“It’s a beautifully produced work of fiction. So as with other TV productions, Netflix should be very clear at the beginning it is just that,” Dowden told the Mail on Sunday newspaper. “Without this, I fear a generation of viewers who did not live through these events may mistake fiction for fact.”

Dowden is expected to write to Netflix this week to express his view. Netflix did not immediately respond to a request for comment from The Associated Press.

Questions of historical fidelity were not a major issue during earlier seasons of the show, which debuted in 2016 and traces the long reign of Queen Elizabeth II, which began in 1952.

But the current fourth season is set in the 1980s, a divisive decade that many Britons remember vividly. Characters include Conservative Prime Minister Margaret Thatcher, whose 11-year tenure transformed and divided Britain, and the late Princess Diana, whose death in a car crash in 1997 traumatized the nation.

Former royal press secretary Dickie Arbiter has called the series a “hatchet job” on Prince Charles, the heir to the British throne, and his first wife Diana. The troubled relationship of the couple, played by Josh O’Connor and Emma Corrin, is a major storyline in the series.

Diana’s brother, Charles Spencer, has also said the show should carry a notice that “this isn’t true but it is based around some real events.”

“I worry people do think that this is gospel and that’s unfair,” he told broadcaster ITV.

Some Conservatives have criticized the program’s depiction of Thatcher, played by Gillian Anderson. Britain’s first female prime minister, who died in 2013, is portrayed as clashing with Olivia Colman’s Elizabeth to an extent that some say is exaggerated.

“The Crown” creator Peter Morgan, whose work also includes recent-history dramas “The Queen” and “Frost/Nixon,” has defended his work, saying it is thoroughly researched and true in spirit.

In a 2017 discussion of “The Crown,” Morgan said “you sometimes have to forsake accuracy, but you must never forsake truth.”

Steven Fielding, a professor of political history at the University of Nottingham, said the suggestion that “The Crown” carry a disclaimer was “reasonable and yet pointless.”

“It invariably doesn’t have an effect,” he said. “There are studies that show that people believe fiction when it’s presented as fact — even if you tell them it’s not fact.”

Fielding said it was no surprise that Charles and his allies were annoyed with the heir to the throne’s depiction as “a bit of an idiot.” But he said making a fuss about it only amplifies the attention.

Historians are used to railing at inaccuracies in dramas such as the Academy Award-winning “Darkest Hour,” which included an invented scene of Winston Churchill meeting ordinary Londoners on an Underground Tube train during World War II.

“Mixing historical fact and fiction has been around since Shakespeare. This is not new to films, it’s not new to TV,” said Fielding, co-author of “The Churchill Myths,” which examines Britain’s wartime leader in popular culture.

“I don’t recall the culture secretary complaining about the ridiculous presentation of Winston Churchill in ’Darkest Hour,” he said. “Because it went with the myth, with the idea of Churchill the hero, nobody complained."

“Nobody’s bothered if fact and fiction are all mangled up, so long as it’s saying nice things,” he added.