A series of television ads against Initiative 976, which would return $30 car tabs to Washington drivers, focus on the impact the measure could have on transportation safety and infrastructure. But the ads have a few problems, including a glaring misrepresentation of the Skagit River Bridge collapse.

A series of television ads against Initiative 976, which would return $30 car tabs to Washington drivers, focus on the impact the measure could have on transportation safety and infrastructure. But the ads have a few problems, including a glaring misrepresentation of the Skagit River Bridge collapse.

The ads, paid for by Keep Washington Rolling, claim passage of Tim Eyman’s I-976 would put transportation projects at risk and potentially place lives in danger by leaving already unsafe bridges and roads to crumble.

In one ad, viewers are shown news video of the 2013 Skagit River Bridge collapse, calling it a “rude awakening.”

“There are another 160 bridges and overpasses in Washington rated in ‘poor condition,’” said the speaker, identified as “professional engineer” Tom Wilson. 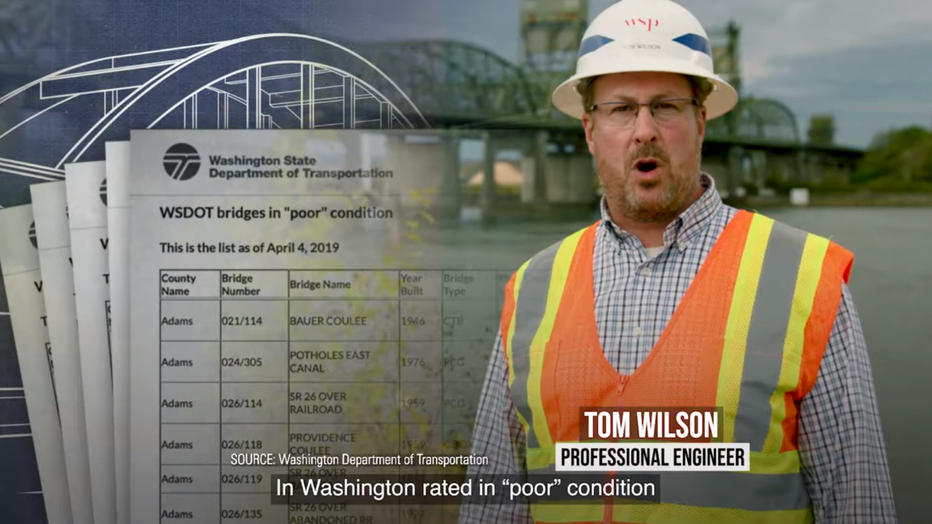 Without saying so directly, the implication is that the Skagit River Bridge collapsed because it was in poor condition. That is untrue.

According to a National Transportation Safety Board investigation, the bridge collapsed after its support beams were struck by an oversized semi. The bridge was not deemed to be in “poor condition” prior to the accident. While it has been classified as “functionally obsolete” since 1983, that designation simply means the bridge design was no longer considered optimal. 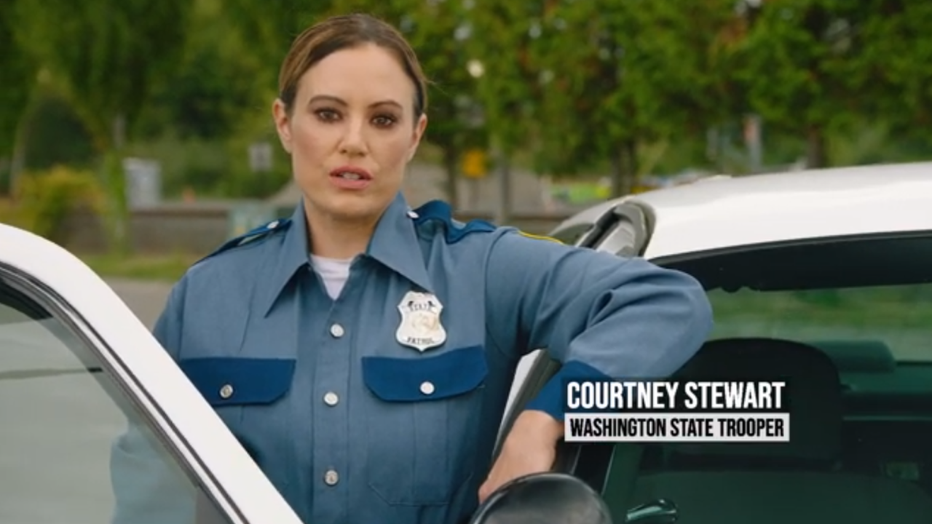 “Join firefighters, nurses, EMTs, and troopers and protect all of us by voting ‘no’ on 976,” Stewart said in the ad.

An early version of the ad is now under review by the WSP after it identified Stewart as a Washington state trooper, which is a violation of WSP policy.

WSP regulation 8.00.230 states: “Employees, while off duty and not representing the department, shall have the same political privileges as private citizens except as limited in these rules or by state or federal law.”

They key phrase being “not representing the department.”

“The big thing is that you can’t represent your agency in your own political activities,” he said. “By putting her name and listing her as a trooper, the viewer would assume that she was speaking for the agency, and that’s an incorrect assumption. We made it clear to all the parties involved that it needed to be clarified.”

A few days later, a new version of the ad listed Stewart as representing the Washington State Patrol Troopers Association.

Loftis said WSP fielded several complaints from the public about the ad.

Eagle-eyed viewers also noticed that Stewart’s uniform, badge, and patrol car are not regulation, which does not violate WSP policy.

“The representation of a fictional trooper is allowable,” Loftis said.

In fact, the fake badge and uniform would be necessary in order to further avoid the appearance that WSP endorsed the ad.

So far, the "Yes" on I-976 campaign, which has been drastically out-fundraised, has not aired any television ads. While its main backer, anti-tax activist Tim Eyman, claimed the potential impact on transportation funding has been overblown, the state’s Office of Financial Management said Initiative 976 would cost state and local governments more than 4 billion dollars in revenue over six years.