NEW YORK  — Facebook says it has uncovered "sophisticated" efforts, possibly linked to Russia, to influence U.S. politics on its platforms.

"About two weeks ago we identified the first of eight Pages and 17 profiles on Facebook, as well as seven Instagram accounts, that violate our ban on coordinated inauthentic behavior.  We removed all of them this morning once we’d completed our initial investigation and shared the information with US law enforcement agencies, Congress, other technology companies," Facebook said in a statement.

The earliest Page was created in March 2017.

Facebook says more than 290,000 accounts followed at least one of the fake pages. The most followed Facebook Pages were "Aztlan Warriors," ''Black Elevation," ''Mindful Being," and "Resisters."

Facebook says the “Resisters” page created a Facebook Event for a protest on August 10 to 12 and enlisted support from real people. The Event – “No Unite the Right 2 – DC” – was scheduled to protest an August “Unite the Right” event in Washington. 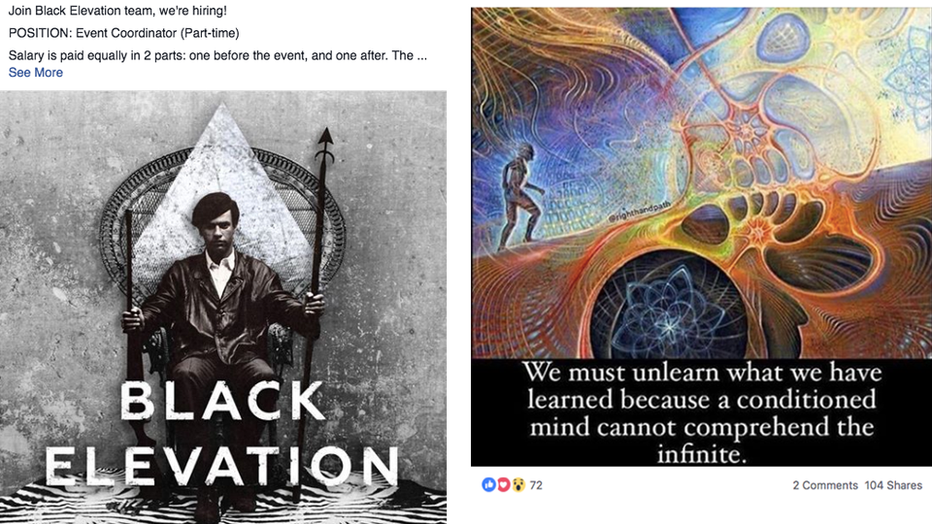 Facebook says the accounts spent about $11,000 on Facebook and Instagram ads, which were paid for in US and Canadian dollars. The first ad was created in April 2017, and the last was created in June 2018.

The company says it doesn't know who is behind the fake accounts but said there are some connections between the accounts it removed and the accounts connected to Russia's Internet Research Agency that it removed before and after the 2016 U.S. presidential elections.

"We’re still in the very early stages of our investigation and don’t have all the facts — including who may be behind this. But we are sharing what we know today given the connection between these bad actors and protests that are planned in Washington next week," Facebook said in a statement. "It’s clear that whoever set up these accounts went to much greater lengths to obscure their true identities than the Russian-based Internet Research Agency (IRA) has in the past."

Facebook said account admins used VPNs and internet phone services, and paid third parties to run ads on their behalf as a way of covering their tracks.