CLEVELAND, Texas — Facebook photos showing a man apparently pulling a young girl through a Texas Walmart by her hair have prompted a police investigation after sparking outrage on social media.

Erika Burch said she took the photos after noticing that he was gripping the little girl's hair to the shopping cart handle and "dragging" her as she cried, "Please stop. I promise I won't do it again. Please stop!" 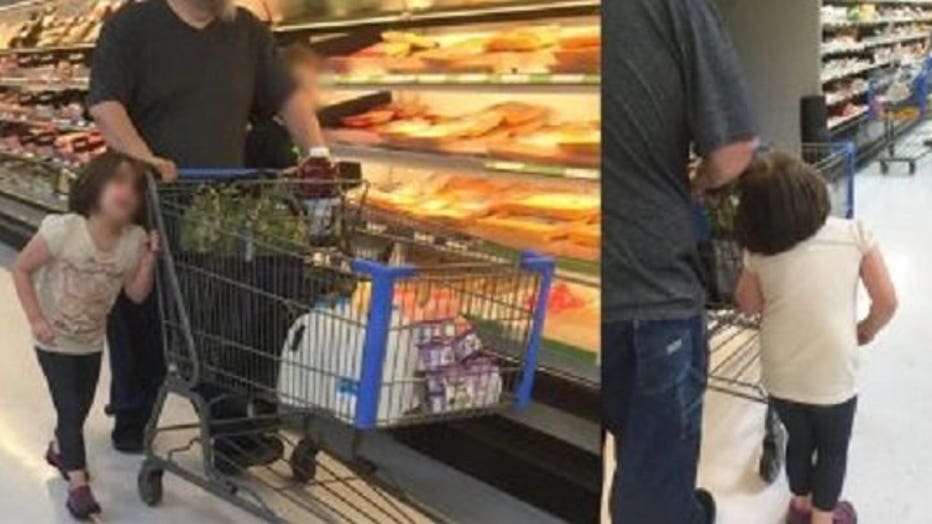 Burch, who was shopping with her husband, said she asked the man to let go of the girl's hair and was told to mind her own business. After the argument started escalating, Burch said she called police, but a sergeant told her he couldn't make an arrest without evidence of bodily injury.

Burch said the sergeant told her that the Walmart shopper "has the right to discipline his children." 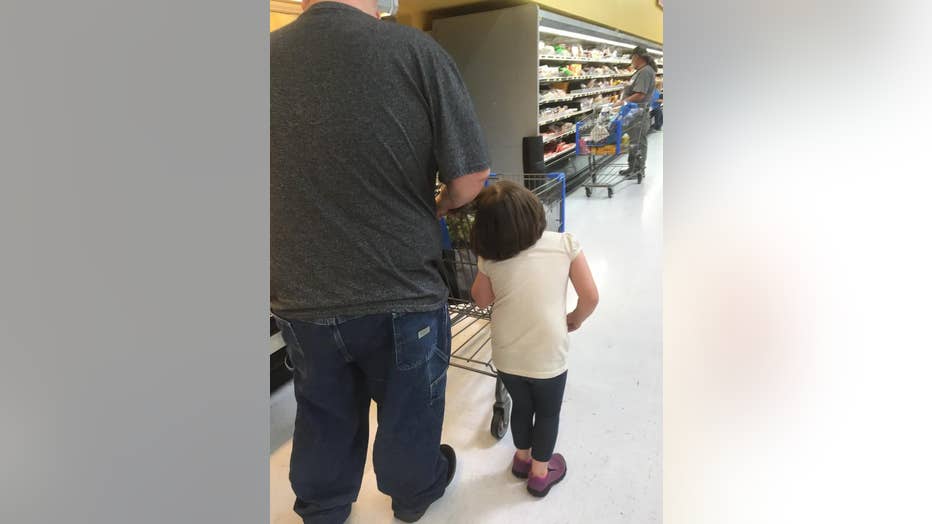 "People are telling me I'm wrong for stepping up for this little girl, but you can discipline a child without dragging them by the hair on their head, especially in Walmart," Burch told KTRK.

Burch's Facebook post has been shared tens of thousands of times, and after "numerous calls" the Cleveland Police Department announced on its own page that there is currently a joint investigation underway between police and Child Protective Services.

Cleveland police Chief Darrel Broussard told KPRC-TV that he was "very concerned for the well-being of the child."

Police would not give any updates into the investigation Tuesday evening.