WASHINGTON - A post by President Donald Trump in which he falsely claimed that the ongoing COVID-19 pandemic is not as deadly as the flu was removed by Facebook and flagged by Twitter for violating the social media platforms’ rules, the companies say.

Trump returned to the White House Monday night, days after being hospitalized at Walter Reed Military Medical Center for COVID-19. The president continued to downplay the severity of the virus, calling on the public to not “be afraid of Covid.”

President Donald Trump's doctors held a press conference Oct. 5 to discuss his condition ahead of his release from the hospital following treatment for COVID-19.

While that message was not flagged by Twitter, the company later posted a warning on a separate tweet by the president in which he wrote, “Flu season is coming up! Many people every year, sometimes over 100,000, and despite the Vaccine, die from the Flu.”

The last time the seasonal flu killed 100,000 Americans was in 1968, according to the U.S. Centers for Disease Control and Prevention. In less than a year, the current COVID-19 pandemic has taken the lives of more than 200,000 U.S. citizens.

“Are we going to close down our Country? No, we have learned to live with it, just like we are learning to live with Covid, in most populations far less lethal!!!” wrote the president.

A Facebook spokesperson said, “We remove incorrect information about the severity of COVID-19, and have now removed this post.”

Twitter put a disclaimer on Trump’s tweet which requires users to read before clicking to see the post’s contents. 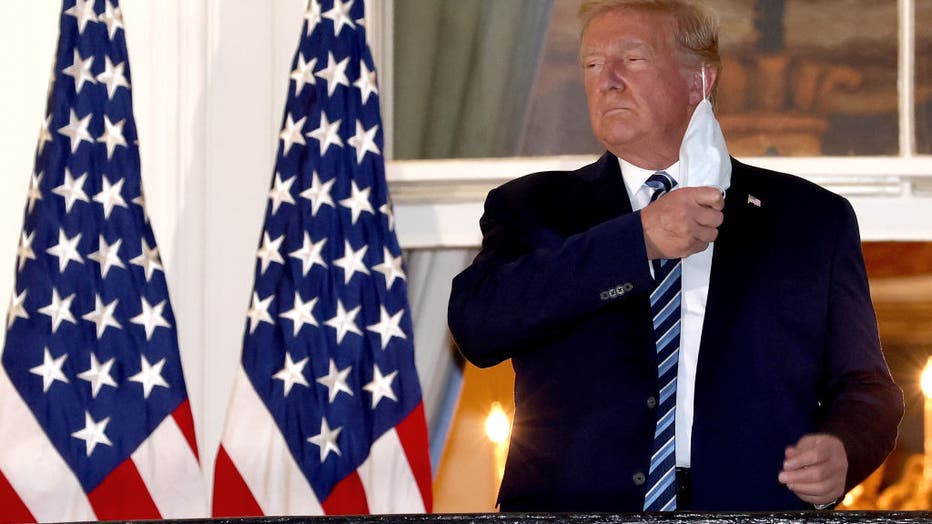 “This Tweet violated the Twitter Rules about spreading misleading and potentially harmful information related to COVID-19,” the company wrote. “However, Twitter has determined that it may be in the public’s interest for the Tweet to remain accessible.”