Washington joins several other states that already have statewide mask orders in place, including California, which issued its order last week. 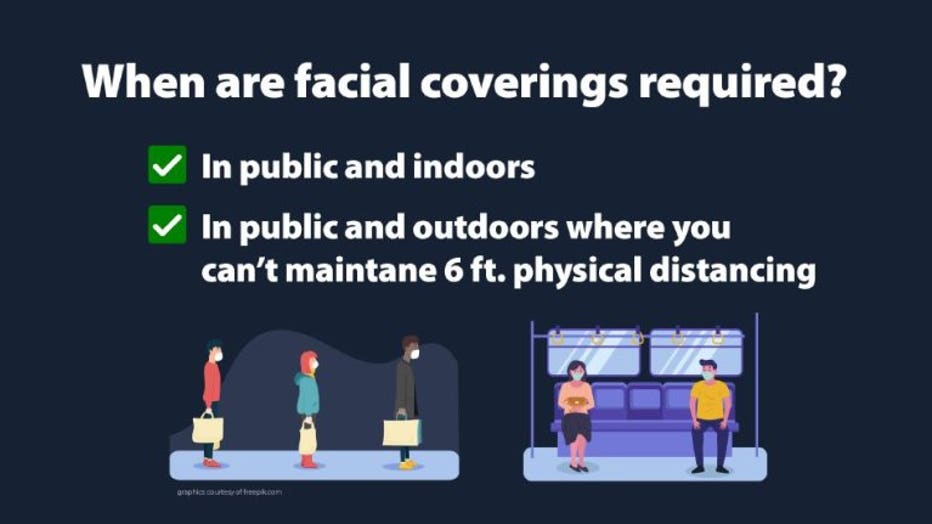 "Even though we have been resourceful and committed, as we have reopened our economy ... we are now experiencing high activity of the virus," Inslee said.

Inslee said the decision was made following an uptick in transmission rates of COVID-19 activity in the state.

“Until a vaccine or cure is developed, this is really going to be our best defense,” Inslee said at a news conference.

Inslee again said Washingtonians need to practice physical distancing, wash their hands, get tested for any COVID-like symptoms and to stay home if sick. 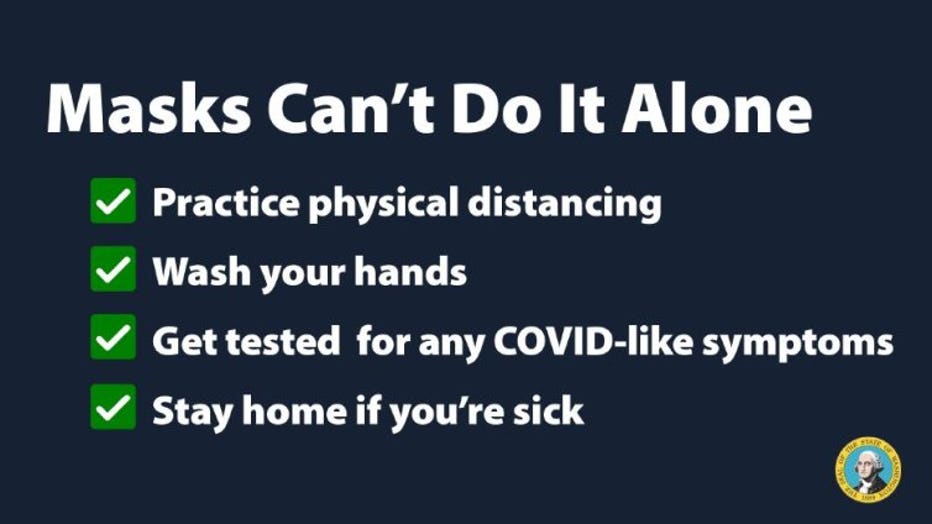 Yakima County, which has been among the areas hardest hit by the outbreak, has even more stringent requirements under a separate proclamation issued by Inslee that also takes effect Friday. In addition to being covered by the statewide mandate on masks in public that prohibits people from entering a place of business — either indoors or outdoors — without first donning a mask, businesses in the central Washington county are prohibited from allowing a customer to enter a business, or conduct business with a customer in any public space unless the customer is wearing a face covering.

There are exemptions for people who are deaf or have hearing loss and those who have medical conditions that preclude them from wearing a mask. Children age 5 and younger are also exempt, though the order recommends facial coverings for children between the ages of 3 and 5.

People engaged in recreation alone or with household members and those eating out at restaurants wouldn’t have to wear masks as long as they are properly distanced from others.

The statewide order builds on a previous one from Inslee that — since June 8 — has required workers to wear facial coverings unless they don’t interact with others on the job.

Last month, San Juan County became the first jurisdiction to impose a mask requirement that was enforceable by law, making it a misdemeanor for people to not wear a mask while in public. Brendan Cowan, a spokesman for the county, said in an email Tuesday that to date, no citations have been issued, just “lots of education and outreach.”

Several other jurisdictions — including King and Thurston counties — have issued their own face covering directives or have strongly urged residents to wear masks, though those counties have said that the efforts were focused more on education and that there were no civil or criminal penalties for violators.

As of Tuesday, Yakima County had at least 6,435 cases of coronavirus, second-highest among counties in the state, and 142 deaths. King County, which includes Seattle and has nearly 10 times more people, had recorded at least 9,366 cases and 604 deaths.

Inslee said he hoped there won’t need to be any type of enforcement or sanctions, for either the business mandate or the statewide mask requirement.

Statewide, more than 29,300 people have tested positive for the virus and at least 1,284 have died. The virus causes mild to moderate symptoms in most patients, and the vast majority recover. But it is highly contagious and can cause severe illness and death in some patients, particularly the elderly and those with underlying health conditions.

The move to require masks comes as Washington’s 39 counties are moving through a four-stage reopening plan.

As of Tuesday, 16 counties are in Phase 3, which allows group gatherings of up to 50 people, including sports activities, and allows restaurants to increase capacity to 75 percent. Gyms and movie theaters can reopen at half capacity during this phase. Eighteen counties are currently in Phase 2, which allows restaurants and taverns to reopen at half capacity with limited table sizes, hair and nail salons and barber shops to resume business, and retail stores to reopen for in-store purchases at 30% capacity. It also allows additional outdoor recreation and gatherings with no more than five people outside of a person’s household.

Three counties — Benton, Franklin and Yakima — remain in Phase 1, which only allows essential businesses to be open and limits restaurant service to takeout and delivery and allows limited outdoor recreation.

Two other counties — Chelan and Douglas — are also in a modified Phase 1 of reopening that allows some additional business activity.